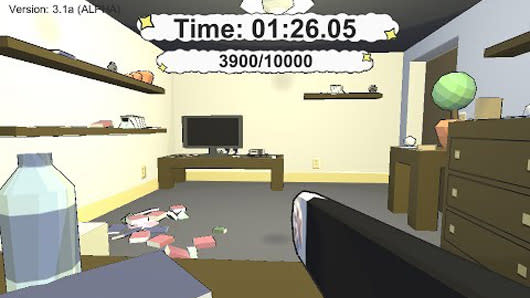 We've got another game to be added to the rapidly-expanding genre of animal simulator games: Catlateral Damage, which started as a game jam project and charmed its way into our hearts back at the beginning of the year with a limited demo build, has met its $40,000 Kickstarter goal. The feline festivities are anticipated to make their way to Mac, Linux, PC and Ouya in Q4 of this year.

The kitty train doesn't stop here, though. Developer Chris Chung has 12 more days to reach his stretch goals, which include extra levels, a PS4 version and support for Steam Workshop. Chung is also participating in Ouya's Free The Games Fund, which means that his financial support will double upon a successful close of the crowdfunding campaign - with some caveats.

Meanwhile, at Catlateral Damage HQ ...
[Image: Chris Chung]
In this article: catlateral-damage, chris-chung, crowdfunding, kickstarter, linux, mac, ouya, pc, playstation, ps4
All products recommended by Engadget are selected by our editorial team, independent of our parent company. Some of our stories include affiliate links. If you buy something through one of these links, we may earn an affiliate commission.