3D gun distributor Cody Wilson deported to the US 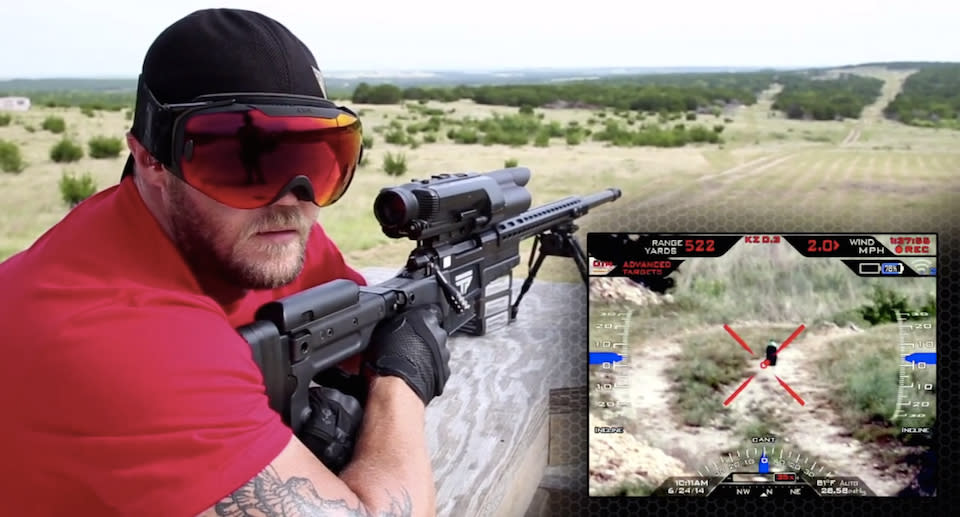 Smart-weapon company TrackingPoint seems pretty intent to make real-world guns act like the virtual firearms we use for offing video game villains. The latest demo of its ShotView targeting system showcases live video being transmitted from a rifle's scope to a set of off-the-shelf Smith Optics I/O Recon goggles via WiFi, enabling the marksman to hit an explosives-filled pop bottle from 500 yards down-range without even looking at it. While the previous concept clip used Google Glass, a TrackingPoint spokesperson tells us that the Smith goggles don't lag like Google's wearable does in this scenario. Speed might not make a huge difference at the firing range, but, for soldiers in the field, we'd imagine that keeping pace with a mobile target is somewhat important -- especially if they aren't physically looking at it. For a gander at an advanced warfighter's possible arsenal, make sure to peep the video below.

In this article: FireArms, shotview, smartgun, SmithOptics, TrackingPoint, video, wargadget, weapons
All products recommended by Engadget are selected by our editorial team, independent of our parent company. Some of our stories include affiliate links. If you buy something through one of these links, we may earn an affiliate commission.