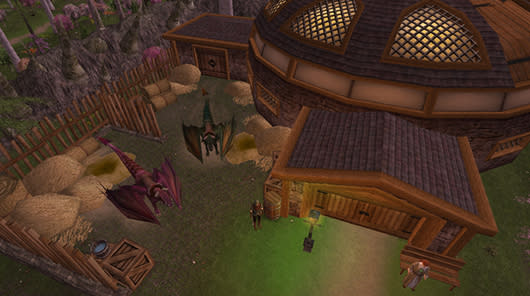 Hunted Cow wants you to know that its Eldevin MMORPG is no longer exclusively browser-based. The firm's latest update features a desktop client along with new systems like story mode dungeons. The 1.16 patch also "lays down some preparatory work" for Eldevin's hardware rendering engine, which Hunted Cow says will improve graphics, frame rates, and overall performance in "a few weeks' time."

The game will also be launching on Steam, and the full 1.16 notes are embedded after the break.

Note : This version doesn't include the hardware rendering however it's been designed to automatically patch to this when it's ready in a few weeks time.Click here to get the client now.

We're looking to add mounts to the game, players will be able to learn to ride from a trainer in Eldevin City for a gold cost. Mounts will be bought, looted or earned via achievements. We're planning to release some images of them over the coming days.

We're also planning on adding new rare items to many loot tables throughout the game that will feature multi-class stats (i.e. swords with sorcery based stats). These items will be completely randomly generated rather than just the bonus stats like the current world boss loot.
In this article: browser, browser-based, eldevin, eldevin-desktop-client, f2p, fantasy, free-to-play, hunted-cow
All products recommended by Engadget are selected by our editorial team, independent of our parent company. Some of our stories include affiliate links. If you buy something through one of these links, we may earn an affiliate commission.