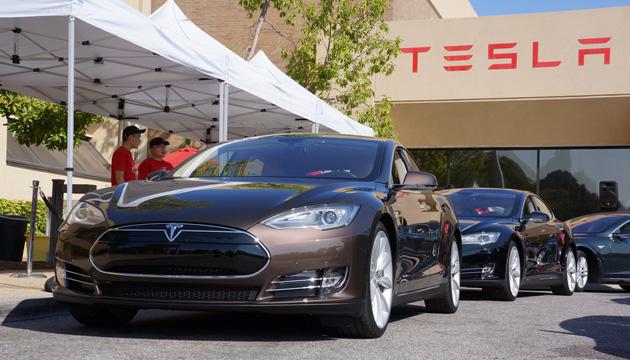 Though nearly 150,000 people signed a petition last summer asking the United States government to allow Tesla Motors the ability to sell cars directly to consumers, the White House won't help. "We believe in the goal of improving consumer choice for American families, including more vehicles that provide savings at the pump for consumers," special assistant to the president for energy and climate change, Dan Utech, wrote in a response to the petition last Friday. "However, we understand that pre-empting current state laws on direct-to-consumer auto sales would require an act of Congress."

As it stands, state laws protecting entrenched automakers like Ford, Honda and other industry leaders make it a state-by-state fight for Tesla to open dealerships. The company most recently broke through in Pennsylvania, where it's opening five shops; that required a bill to be written, passed through the state legislature, and then signed into law by Pennsylvania Governor Tom Corbett. Seriously.

Of the US government's 585-word response, just 61 of those words were dedicated to addressing the petition's request: for the US government to "allow Tesla Motors to sell directly to consumers in all 50 states." The rest of the response written by Utech focused on the Obama Administration's work in lowering vehicle emissions and supporting companies like Tesla (indeed, including Tesla) with loans.

Here's the petition in full. It's pretty straightforward:

States should not be allowed to prevent Tesla Motors from selling cars directly to customers. The state legislators are trying to unfairly protect automobile dealers in their states from competition. Tesla is providing competition, which is good for consumers."

As Jalopnik points out, the response Utech issued is technically accurate in that the US Congress must first introduce and pass a bill allowing Tesla operate direct-to-consumer dealerships before President Barack Obama could sign such a bill into law. At the same time, Utech makes no effort to rally such an idea.

Tesla's response, given to Jalopnik, is even more critical than our take. This is from corporate and business development VP, Diarmuid O'Connell:

"138,469 people signed the petition asking the White House to allow Tesla Motors to sell directly to consumers in all 50 states. More than a year later, at 7.30pm EST on Friday as most of America prepared for the weekend, the White House released its disappointing response to those people. Rather than seize an opportunity to promote innovation and support the first successful American car company to be started in more than a century, the White House issued a response that was even more timid than its rejection of a petition to begin construction of a Death Star. Instead of showing the sort of leadership exhibited by senior officials at the Federal Trade Commission who declared their support for consumer freedom of choice, the White House merely passed the buck to Congress and trumpeted its advances in promoting vehicle efficiency. Given the economic and environmental principles at stake, we would have hoped for stronger leadership and more action."

In this article: congress, danutech, legislation, presidentobama, tesla, teslamotors, unitedstates
All products recommended by Engadget are selected by our editorial team, independent of our parent company. Some of our stories include affiliate links. If you buy something through one of these links, we may earn an affiliate commission.