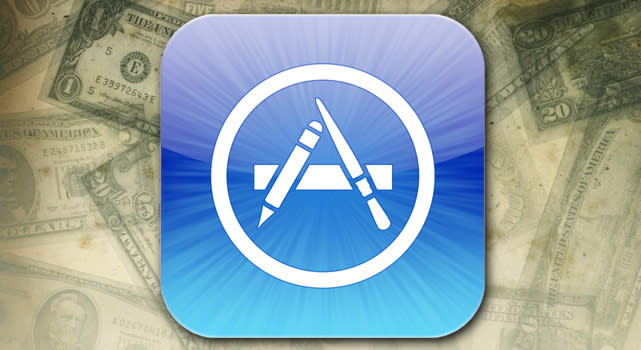 Instapaper and Overcast developer Marco Arment recently penned a blogpost arguing that Apple needs to do a whole lot more to direct users to higher quality apps. Under the current set up, Arment articulates that the "top lists" on the App Store tend to skew far too often towards low quality apps, rip off apps, and cheap clones.

Quality, sustainability, and updates are almost irrelevant to App Store success and usually aren't rewarded as much as we think they should be, and that's mostly the fault of Apple's lazy reliance on top lists instead of more editorial selections and better search.

The best thing Apple could do to increase the quality of apps is remove every top list from the App Store.

I hope Apple realizes how important it is to everyone - developers, customers, and Apple - that they make changes to encourage more high-quality apps. If they're trying to boost iPad sales and increase differentiation between iOS and Android devices, that's the first place to start.

It's an interesting take, to be sure. And as a direct consequence of lower quality apps rising to the surface, Arment writes that the number of full-time iOS indie developers is shrinking. After all, why would a rational indie developer devote an exceeding amount of time to an app, no matter how sophisticated and elegant, when it's likely to be lost in the shuffle amidst a sea of objectively lower tiered offerings.

In a post highlighting the plight of indie developers, developer Jared Sinclair provides us with an interesting tale regarding how much he earned on a well-reviewed RSS reader app he developed called "Unread." Over the course of 8 months, Sinclair worked tirelessly for about 60-80 hours a week. Sinclair later learned, though, that the revenue generated by his app was not commensurate with the blood, sweat, and tears he put into the app's development. Not by a long shot.

Unread for iPhone has earned a total of $32K in App Store sales. Unread for iPad has earned $10K. After subtracting 40 percent in self-employment taxes and $350/month for health care premiums (times 12 months), the actual take-home pay from the combined sales of both apps is $21,000, or $1,750/month.

Considering the enormous amount of effort I have put into these apps over the past year, that's a depressing figure. I try not to think about the salary I could earn if I worked for another company, with my skills and qualifications. It's also a solid piece of evidence that shows that paid-up-front app sales are not a sustainable way to make money on the App Store.

It's easy to take a story like this and run with it towards the conclusion that, yes, Apple needs to do something about low quality apps trickling into the App Store top lists, often times via underhanded means. And sure, most people would agree that Apple should perhaps enact a bit more curation on the App Store to direct users to more well crafted applications.

But often overlooked in this discussion is the unfortunate reality that releasing an app, no matter how polished or critically acclaimed it may be, is by no means a guarantee of success. An elegant app that doesn't generate tens of thousands of dollars in revenue every week doesn't, and shouldn't, by definition mean that the App Store needs to be turned on its head. In some cases, the reality is that the market for the app simply wasn't as big as the developer initially imagined.

The larger point here is that releasing an app to the App Store is risky. Even more so when one goes it alone. Remember, participation does not equal success. Competition is fierce, and is the case with any medium, quality doesn't always rise to the top. We see it all the time in the entertainment business where critically acclaimed shows like Arrested Development perform poorly in the marketplace.

With millions of iOS users around the globe, sometimes the apps that perform best are the ones that appeal to the largest cross section of users, a sampling that may not necessarily overlap with users with discerning and good taste. After all, is it really all that surprising that a Kim Kardashian app is currently listed at #4 on the App Store's list of Top Grossing apps? If Justin Bieber released an app today, does anyone doubt it would skyrocket to #1 tomorrow?

It's also important to remember that the debate regarding developer payouts and indie developer efforts is hardly something new. The following was written all the way back in 2009.

[The plight of developers] is no different from the millions of entrepeneurs who enter a multitude of business ventures each and every year. Hard work, in and of itself, does not ensure profitability. You have to have a product that people are willing to pay for, and unfortunately, betting the farm on what the public may or may not be interested in is always a risky proposition. The stakes are high, but so are the rewards. Business 101.

The fact of the matter is that the iTunes App Store has put everybody on a level playing field. You don't need to work for Gameloft to help develop a popular iPhone title. You can work on it by yourself on sleepless nights spent in a quiet apartment. You might put thousands of man-hours into the project and actually end up with a final product that works – and in the end, you might only get $500 for your efforts, if that.

Now this isn't to say this is the ideal. As Brent Simmons writes, "consumers win in terms of quantity of choices and low prices, but not in terms of quality"; a sentiment comedians, musicians, artists, and all types of creatives would undoubtedly agree with.

I do think Apple could add a bit more curation to the App Store, but with over 1.2 million apps to deal with, one wonders how this might be done in an effective manner. Many app categories have innumerable sub-categories and imparting curation into the equation across the board might prove impossible. As a quick example, I think the best Soccer game to ever land on the App Store is a little gem of an app called "X2 Soccer." No joke, it puts offerings from EA Sports and others to shame, yet it's never gotten a big push on the App Store. Even more frustrating is that it's curiously difficult to find. Again, participation does not equal success.

These days, releasing an app is just the first part of a larger battle. Today, most developer/s need to have a grasp on advertising, social media, and all sorts of marketing strategies to increase the visibility of their app. Today, most developer/s need to experiment with different pricing levels, promotions, and in-app purchases to determine what resonates with consumers the most.

From this vantage point, one could reasonably argue that the App Store not as much broken as it is an established and mature marketplace like any other.

In this article: app store, developer, developers, opinion
All products recommended by Engadget are selected by our editorial team, independent of our parent company. Some of our stories include affiliate links. If you buy something through one of these links, we may earn an affiliate commission.