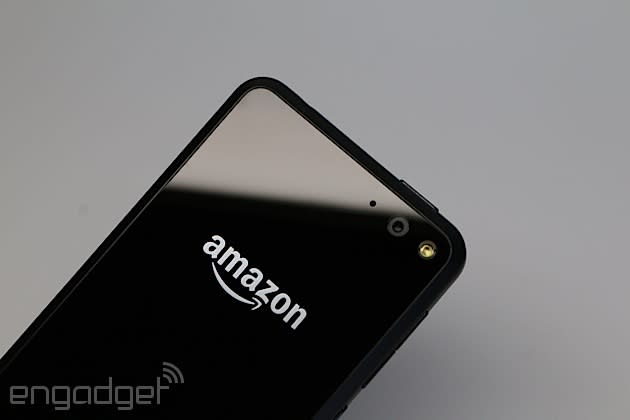 Generally speaking, Amazon's Fire phone hasn't had the warmest of receptions, and the online retailer is looking to improve things with its first major update for the device. To start with, the flagship smartphone from Amazon is finally capable of multitasking, a feature that's hard to believe could be missing to begin with -- double-pressing on the home button now lets you quickly switch between apps and tasks. In this new version of the handset's Fire OS, Amazon has also introduced App Grid Collections, aka application folders; Carousel Pinning, which lets users pin their favorite apps to the main home screen; and the ability to take Lenticular photos with 11 images rather than only 3, something that should make the optical illusion better on those type of images. Perhaps most importantly, however, this update is said to bring "dozens" of system tweaks which improve the Fire phone's battery life, and we all know how important that is.

We should mention that, strangely enough, these features have been there for people with review units, including ours, but this is the first time Amazon is making them available to formal customers -- the company said it was waiting for AT&T to approve the update. So, knowing this, give the refreshed software a try and let us know in the comments what you think of the handset now.

In this article: Amazon, Amazon Fire Phone, AmazonFirePhone, Fire Phone, FirePhone, mobilepostcross
All products recommended by Engadget are selected by our editorial team, independent of our parent company. Some of our stories include affiliate links. If you buy something through one of these links, we may earn an affiliate commission.