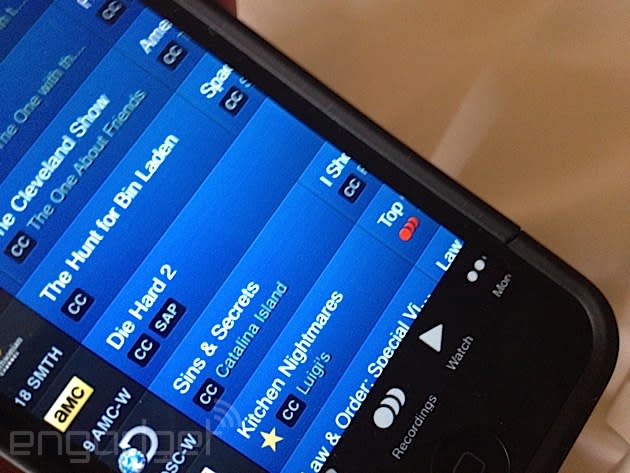 AT&T is making U-Verse more appealing with each passing day. After the carrier revealed it would beat Google to the punch on bringing gigabit internet to Silicon Valley, now U-Verse is getting a great deal of fresh content and making its way to additional mobile devices. Aside from launching on Amazon's Kindle Fire HD and Fire HDX, as well as the Fire phone, the U-Verse app today also welcomed over 50 new channels to its catalog of live TV streaming channels. This includes Cartoon Network, CNN, EPIX, ESPN, GolTV, HBO, HGTV, TBS, TNT and Travel Channel, plus many others -- most of which you can watch even if you're away from your home network. All in all, definitely a boost for U-Verse subscribers, and if you aren't, it's at least good to know that U-Verse looks to be a solid choice, especially now that DirecTV is joining AT&T's ranks.

In this article: ATT, ATT U-Verse, ATTU-Verse, Fire Phone, FirePhone, hdpostcross, LiveTV, mobilepostcross, streaming, TvEverywhere, U-Verse, Uverse
All products recommended by Engadget are selected by our editorial team, independent of our parent company. Some of our stories include affiliate links. If you buy something through one of these links, we may earn an affiliate commission.