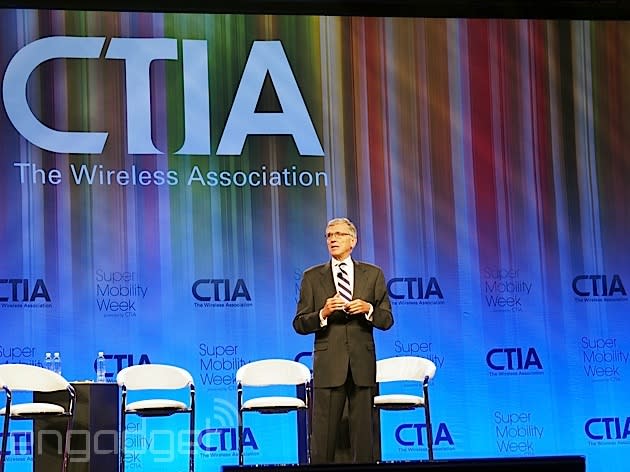 When the FCC crafted its first set of net neutrality rules, it treated the mobile internet as a young space that needed less regulation to thrive; it only asked that carriers disclose what they were doing and avoid blocking apps. That directive may have been fine in 2010, when high-speed LTE barely even existed, but FCC Chairman Tom Wheeler is concerned that this light-touch approach is no longer enough. He's now arguing that cellular internet access should be subject to the same rules as landlines. As Wheeler puts it, a lot has changed in four years. We're now in a "mobile first" world where the data on your phone is at least as important as what you get at home.

It's not totally surprising that the Chairman would make that declaration. He has already criticized providers for throttling customers, which he sees as both deceptive and violating the basics of net neutrality -- how is it reasonable to sell unlimited service and promptly throttle it? Whether or not Wheeler succeeds in toughening up mobile internet rules is another matter. An appeals court has already struck down key parts of the FCC's existing net neutrality order, and telecoms are already fiercely opposed to regulating internet access -- it's hard to imagine them accepting more rules. Nonetheless, it's heartening to know that the FCC's leader at least supports the idea of treating all mobile data equally.

In this article: ctia, ctia2014, fcc, mobilepostcross, netneutrality, supermobilityweek2014, tomwheeler, wireless
All products recommended by Engadget are selected by our editorial team, independent of our parent company. Some of our stories include affiliate links. If you buy something through one of these links, we may earn an affiliate commission.