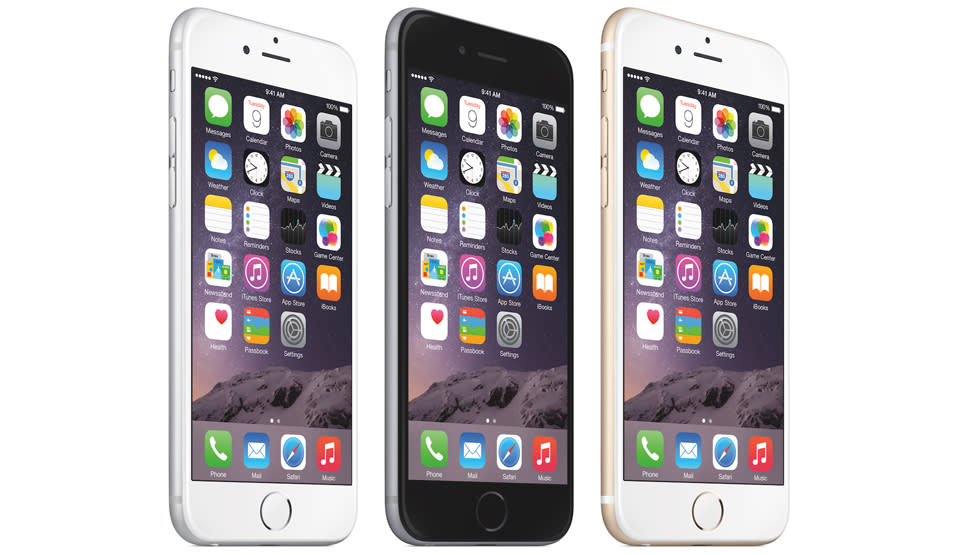 So it finally happened -- after seemingly ages of rumors and speculation, Apple has unveiled larger iPhones (the 6 and 6 Plus) that are really, truly bigger than the 3.5-inch original. It's no doubt a welcome move if you're a fan who has been craving a big display, and it might even reel in people who have held off on an iPhone until now. However, this isn't just an instance of a company tweaking its product line to accommodate changing tastes. That happens all the time. For Apple, it's an acknowledgment that the very definition of a smartphone has changed over the years.

When Steve Jobs introduced the iPhone in 2007, the primary function of a smartphone was... well, the phone bit. Mobile data was too slow for many uses beyond email, while apps were both harder to find and more often for business than pleasure. You weren't about to share selfies or stream your favorite show, since neither the technology nor the software was there for it. It's not surprising, then, that Apple put a lot of its initial emphasis on basic (and usually one-handed) tasks, like calls and music.

You just have to watch the first iPhone launch event for proof. Jobs paid attention to web browsing, video and other tasks that benefit from a "really big" screen, but he was also proud of how well the iPhone fit in the hand and played Beatles albums. As far as the company was concerned, a 3.5-inch display was the sweet spot for everything, whether it was the mobile web or calling home. And it was, for a while; if you switched from a BlackBerry or Palm Treo, the iPhone's then-huge display felt like a minor revelation. The smartphone market started changing soon after the iPhone arrived, however. Mobile apps took off thanks to easy-to-use stores (including Apple's own), making it simple to check your social networks and play games. Cameras got better, and cellular data got much faster. It was no longer far-fetched to share pictures with your friends or stream TV during your morning commute. Today, social sites like Facebook assume that you're usually posting from your phone. The smartphone was quickly becoming a pocket computer that just happened to take calls, and that perfectly palm-sized design wasn't as important as it used to be. A lot of phone makers helped fuel this trend through their endless attempts to one-up each other. Screen sizes grew to the point where a 5-inch display is now considered mid-range, and extra-large phones easily top six inches.

Only Apple's hardware design didn't seem to acknowledge this shift. While iOS was quick to support more sophisticated apps and media, the iPhone was purposefully limited to a 3.5-inch screen size for five years. As Jobs explained at a 2010 press event, he believed that people weren't going to buy "Hummer" phones that they couldn't grip using one hand. He had a point regarding the clunky designs at the time (a 5-inch Dell Streak feels gigantic compared to a Nexus 5), but this opinion was in stark contrast to an industry where larger phones were becoming commonplace. Even the 4-inch iPhone 5, while excellent, showed Apple's reluctance to let go of its philosophy. The folks at 1 Infinite Loop went so far as to run ads where one-handed use was the big selling point, such as the TV spot you see below.

That insistence on going against the grain hasn't hurt Apple's bottom line so far. The company still sells gobs of iPhones, after all, and plenty of fans like the notion of a compact phone with top-tier performance. Even so, it's apparent that this strategy clashes with modern tastes. If research is any indication, you probably prefer a big screen for internet access and video -- I know I feel claustrophobic when web surfing or watching YouTube on my iPhone 5 versus the other devices at my disposal. There's an appeal to having a phone small enough that you can easily use it in one hand while juggling bags in the other, but that convenience is arguably outweighed by the limitations it puts on software.

And practically speaking, there's at least some concern that the world might eventually move on, leaving small iPhones by the wayside. At least one of Apple's internal studies suggested that it was missing out on sales by sticking to 4-inch displays, since nearly all of the growth in high-end phone sales was limited to larger hardware. The company has definitely been losing opportunities in countries like China and India, where some people save money by buying an oversized smartphone in place of both a smaller handset and a PC or tablet. If your phone is going to be your only computing device, why wouldn't you get the largest screen possible? And that's why the super-sized iPhones represent a milestone. Whether or not you think Apple needs to change to make a tidy profit, the company is clearly aware that the smartphone world has changed. It accepts that there's a lot more on your phone than just messages and albums, and that all your content should have more room to breathe, whether it's a Netflix video or a social update. The 5.5-inch iPhone 6 Plus in particular is a recognition that your smartphone can be good enough to replace a tablet, since it expands what you see in landscape mode. If Apple is afraid of losing iPad sales, it's not showing that concern -- it'd clearly prefer that you buy something from its lineup than risk losing you to a Galaxy Note.

It's hard to say whether or not these new iPhones are hints that we're looking at a more responsive Apple that not only creates trends in the smartphone space, but adapts to them as well. This could be the start of a more aggressive update strategy, or just a brief change in direction for a tech giant that will otherwise plot a steady course. Either way, it's evident that the crew in Cupertino isn't looking at the iPhone in the same light as it did in years past.

In this article: apple, iphone, iphone6, iphone6plus, iphoneevent2014, mobilepostcross, phablet, smartphone, video
All products recommended by Engadget are selected by our editorial team, independent of our parent company. Some of our stories include affiliate links. If you buy something through one of these links, we may earn an affiliate commission.