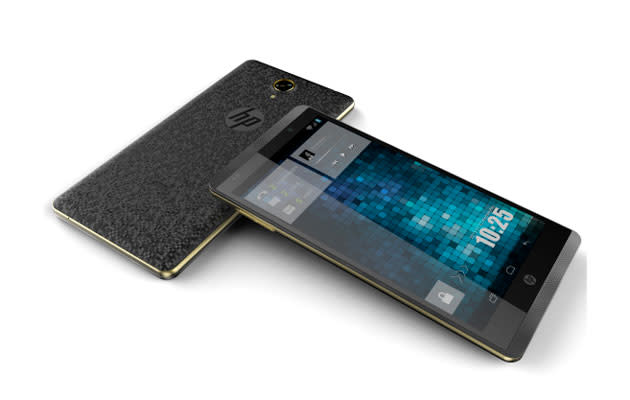 Remember when HP wanted to get into the smartphone business, but changed CEOs and scrapped Palm, the company it bought for $1.2 billion? Well, a few years and another CEO later and the company has decided that it wants to get into the... smartphone business. Speaking with re/code, HP's Ron Coughlin has revealed that the company will launch 6-and-7-inch tablets with voice calling, called the Slate 6 and Slate 7 VoiceTab, respectively. If you're already reaching for your wallet, however, you'll be disappointed to hear that the company is launching the hardware in India first, as Meg Whitman and chums feel that the subcontinent has a demand for oversized phones that only HP can satisfy. Spec-wise, both handsets are said to run Jelly Bean on an unspecified quad-core processor, with 16GB storage and a microSD card slot that'll add up to a further 32GB. There's a 1,280 x 720 display on the 6-incher and a 1,280 x 800 on the 7-inch version, but both will come with front-facing stereo speakers, a 2-megapixel webcam and a 5-megapixel primary lens. The company has yet to say how much either device will cost, or if we're likely to see them over in the west, but we'll be keeping our eyes on this in the hope that history doesn't repeat itself.

In this article: hp, India, mobilepostcross, Phablet, Slate 6 VoiceTab, Slate 7 VoiceTab
All products recommended by Engadget are selected by our editorial team, independent of our parent company. Some of our stories include affiliate links. If you buy something through one of these links, we may earn an affiliate commission.