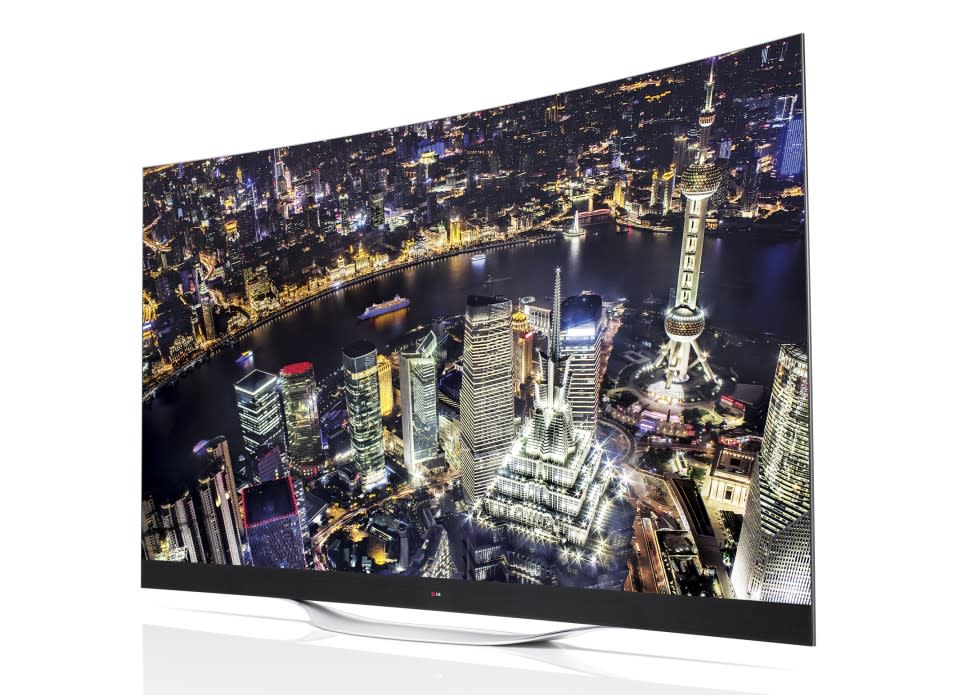 LG just announced its first two curved 4K OLED TVs, perfect for high-end buyers that don't want to compromise on contrast or resolution, and now we know when they're going on sale in the US. The 65-inch version will start shipping next month, with a $10,000 MSRP. Rumors have put the eventual price as low as $7,000, but for now the MSRP is all that's listed at retailers like B&H Photo and Video & Audio Center (update: Cleveland Plasma is currently taking pre-orders for $6,250, so you may be able to get it for even cheaper). The 77-inch model will be much more exclusive however, arriving in November at "select retailers" with a $25,000 pricetag. OLED promises higher picture quality than we've seen so far from LCD, although not all manufacturers are ready to switch over. LG's WRGB tech has garnered wide praise however, and its existing model shared in a victory at the recent Value Electronics 2014 TV shootout. Hopefully the price drops on these follow an arc similar to the 55-inch 1080p version, which went from $15,000 to $3,500 in about a year. 4
In this article: 4k, 65-inch, 65EC9700, 77-inch, 77EG9700, cedia2014, hdpostcross, lg, oled
All products recommended by Engadget are selected by our editorial team, independent of our parent company. Some of our stories include affiliate links. If you buy something through one of these links, we may earn an affiliate commission.