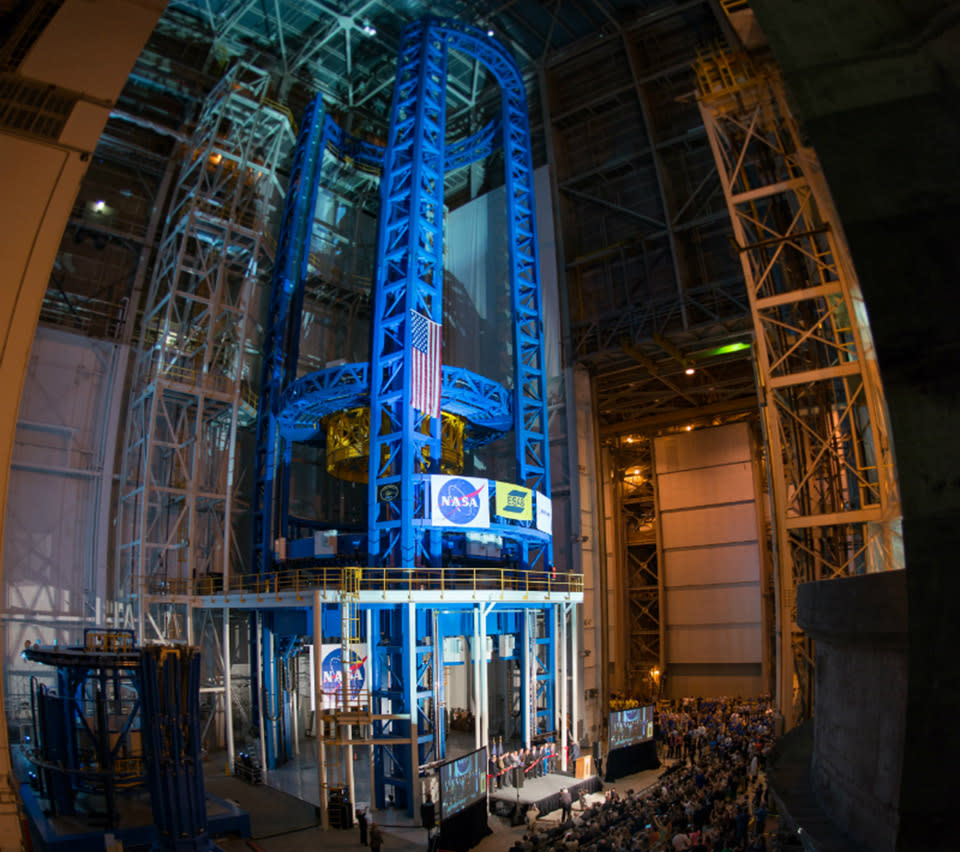 See the gargantuan structure above that dwarfs that line of puny humans at the bottom (bet you didn't even notice them at first glance, huh)? It's a welding tool -- the biggest one built for spacecraft, in fact, that's slated to help Boeing build the core stage of NASA's Space Launch System at the agency's Michoud Assembly Facility in New Orleans. The structure's officially called the Vertical Assembly Center, and it stands 170 feet tall with a width that measures 78 feet: not exactly surprising, considering the SLS is a 200-foot-tall behemoth. It's but one of the many tools Boeing intends to use to build the core stage of NASA's "most powerful rocket ever" after the two organizations finalized their $2.8 billion deal in July. The core stage will house cryogenic liquid hydrogen and liquid oxygen used to power the rocket's four engines, and building it brings the SLS much closer to the launch pad for deep space exploration.

In this article: nasa, sls, space, SpaceLaunchSystem, welding
All products recommended by Engadget are selected by our editorial team, independent of our parent company. Some of our stories include affiliate links. If you buy something through one of these links, we may earn an affiliate commission.