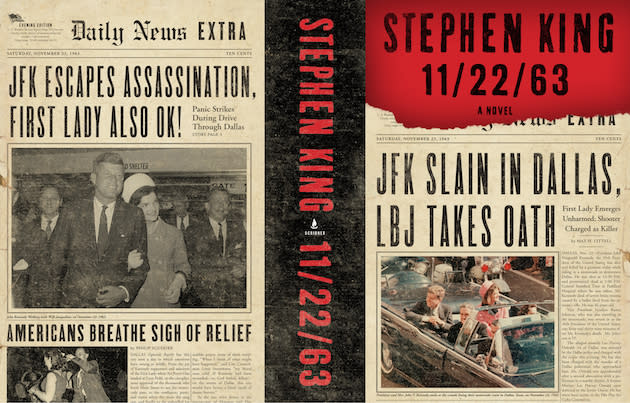 The extreme popularity of shows like House of Cards and Orange is the New Black means streaming services such as Netflix and Hulu are making an even bigger push for original content. Accordingly, Hulu today announced that it has given the green light to start production on 11/22/63, an original series based on the novel by renowned author Stephen King, who is also listed as a producer alongside J.J. Abrams. Hulu's newly introduced show, which will be done in collaboration with Warner Bros., is a thriller/love story that focuses on the assassination of John F. Kennedy. Basically, as expressed in the image above, a character tries to change the outcome of the events which took place on that day, November 22nd, 1963. Whether it'll be worth watching is yet to be determined, but this shows Hulu isn't ready to let Netflix have all the fun when it comes to creating new programming.

In this article: 112263, hdpostcross, Hulu, Hulu Original, HuluOriginal, j.j. abrams, JJAbrams, Original Series, Stephen King, StephenKing
All products recommended by Engadget are selected by our editorial team, independent of our parent company. Some of our stories include affiliate links. If you buy something through one of these links, we may earn an affiliate commission.