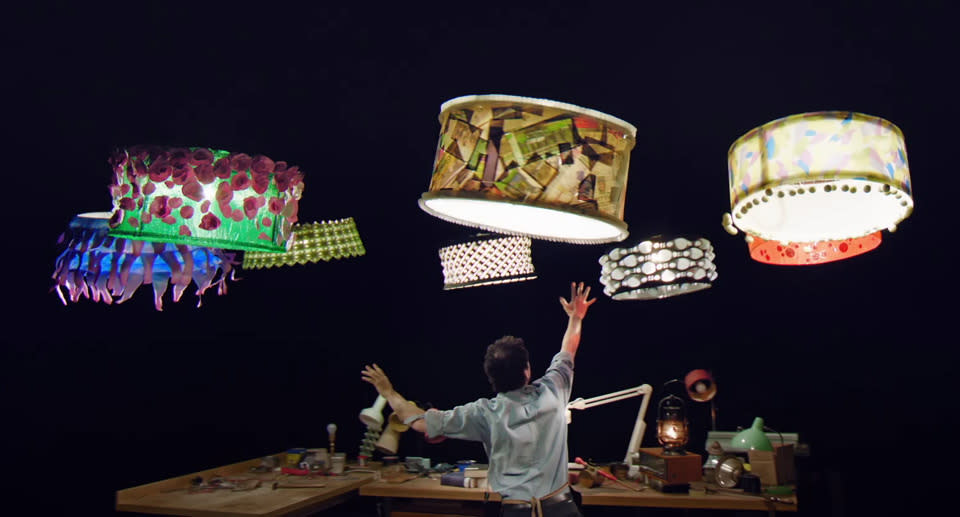 Before quadrocopters become the four-winged horsemen of the robopocalypse, we're quite happy making 'em dance for our entertainment. A new artistic collaboration between the ETH Zurich university and Cirque du Soleil isn't your standard swarm show, though, imagining a more intimate relationship between man and machine. "Sparked" is the short film born out of this partnership, featuring the talents of several pre-programmed quadrocopters, one human performer and zero special effects. Rather than a technical demonstration, it's a story of a lonely lamp-maker and the (seemingly) inanimate creations that fill his workshop. We won't spoil any more of it for you, so head past the break for the full film, as well as an explanation from the creative and technical minds behind the project about how it came to pass.

In this article: CirqueDuSoleil, drone, drones, ethzurich, FlyingMachineArena, quadrocopter, sparked, swarm
All products recommended by Engadget are selected by our editorial team, independent of our parent company. Some of our stories include affiliate links. If you buy something through one of these links, we may earn an affiliate commission.