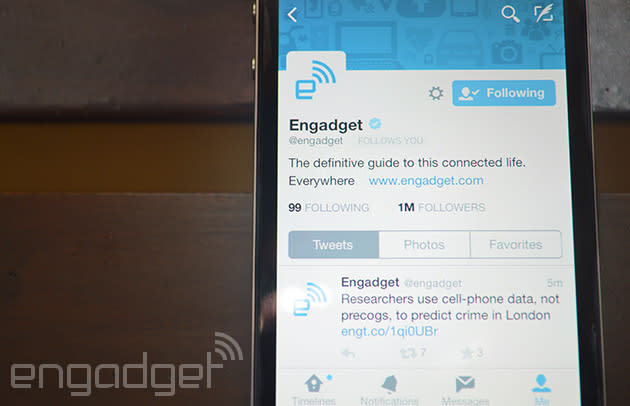 Twitter has been publishing what bits of info it's allowed to concerning national security requests for some time now, but the social media feed wants the ability to publish the whole thing. Today, the outfit filed a lawsuit aiming to get approval to post its entire transparency report. In a blog post, VP of Legal Ben Lee says that the company is asking a California District Court "to declare these restrictions on our ability to speak about government surveillance as unconstitutional under the First Amendment." As is stands, Twitter and others can't communicate the exact number of national security letters (NSLs) or FISA court orders, even if there aren't any. If you'll recall, it tried to beef up transparency outside of court earlier this year, but Twitter couldn't come to terms with the US Department of Justice and FBI on as much as a redacted version of the full report.

In this article: fisa, governmentsurveillance, nsl, surveillance, transparency, transparencyreport, twitter
All products recommended by Engadget are selected by our editorial team, independent of our parent company. Some of our stories include affiliate links. If you buy something through one of these links, we may earn an affiliate commission.