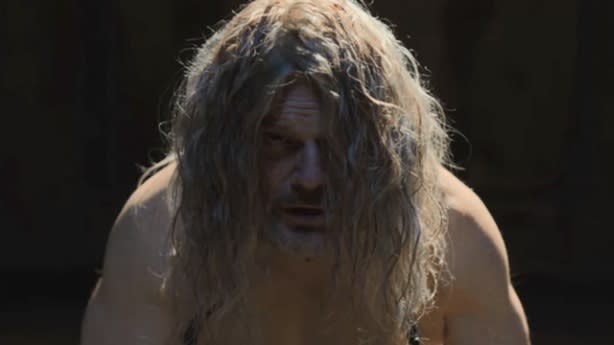 Powers, a Sony Pictures Television-produced adaptation of the comic of the same name by Brian Michael Bendis (Ultimate Spider-Man) and Michael Avon Oeming (Judge Dredd), has been given its first trailer. And judging by the footage, these aren't your wisecracking, happy-go-lucky superheroes. See for yourself after the break - but you might want to keep the volume down if there are kids around, as there's quite a few drops of the F-bomb.

Powers revolves around the lives of Christian Walker and Deena Pilgrim, two homicide detectives whose cases focus on individuals with superhuman abilities - collectively known as "powers." Walker himself once was a power, but lost his abilities and had them replaced with a badge. As he ponders in the trailer: "The f*** am I supposed to do with that?" (See? Told you about that F-bomb thing.)

The series, which has 10 episodes in development, will air exclusively on the PlayStation Network. Every PSN account holder will get access to the first episode for free, while those who subscribe to PlayStation Plus will be able to view the entire first season. The show stars Sharlto Copley as Walker, Susan Heyward as Pilgrim, and Eddie Izzard as the villainous Wolfe.

[Image: Sony]
In this article: brian-michael-bendis, michael-avon-oeming, playstation, powers, ps3, ps4, sony, sony-pictures-television
All products recommended by Engadget are selected by our editorial team, independent of our parent company. Some of our stories include affiliate links. If you buy something through one of these links, we may earn an affiliate commission.