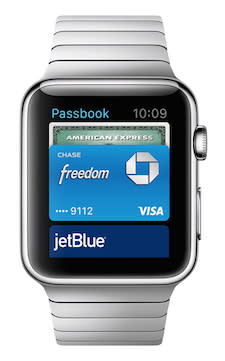 A survey conducted by German market research firm GfK seems to indicate that the ability to use a smartwatch like the Apple Watch for electronic payment receives a more enthusiastic response in the US and China than in European countries.

The survey tapped 1,000 smartphone owners each in the US, UK, Germany, South Korea, and China. While 54 percent of Chinese and 40 percent of American respondents said they'd be interested in using a smartwatch-based contactless payment system, only 27 percent of those in the UK and South Korea, and 20 percent of German consumers were excited about the prospect.

Likewise, 70 pecent of Chinese consumers, 50 percent of Americans, and 43 percent of South Koreans were interested in storing personal health information in a smartwatch, while only 33 percent of UK respondents and 25 percent of Germans had any interest in doing so.

AppleInsider's Sam Oliver speculated that the relative lack of credit card-based contactless payment systems in the US and China could be one reason that consumers in those two countries are so receptive to the idea of gaining faster payment through a smartwatch-based system.

Apple Pay, Apple's NFC-based smart payment system that works with the iPhone 6 and 6 Plus, begins its rollout in the US this week and should be an early indicator of just how Americans will react to being able to make payments without reaching for a wallet.

In this article: apple pay, apple watch, consumers, nfc payments, survey
All products recommended by Engadget are selected by our editorial team, independent of our parent company. Some of our stories include affiliate links. If you buy something through one of these links, we may earn an affiliate commission.