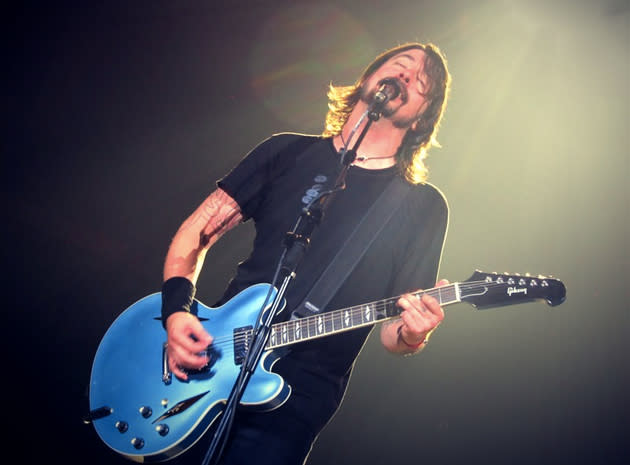 Still a hardcore Foo Fighters fan? You'll want to swing by Facebook in a couple of days, then. The band is premiering both new music and a new documentary series by streaming a live Chicago concert through HBO's Facebook page on October 17th. You'll see the first episode of the Fighters' TV show (Sonic Highways) at 11PM Eastern, and the rock group will take to the stage about an hour later. Just don't expect to have unfettered access, especially if you're late to the party -- this is HBO, after all. Only American fans can watch live, and access to the replay will be limited to "certain HBO platforms." If you have the lyrics to "Everlong" permanently etched in your brain, however, you now have a good excuse to stay on your computer well past your bedtime.

In this article: concert, facebook, foofighters, hbo, hdpostcross, internet, music, socialnetworking, sonichighways, streaming, video
All products recommended by Engadget are selected by our editorial team, independent of our parent company. Some of our stories include affiliate links. If you buy something through one of these links, we may earn an affiliate commission.