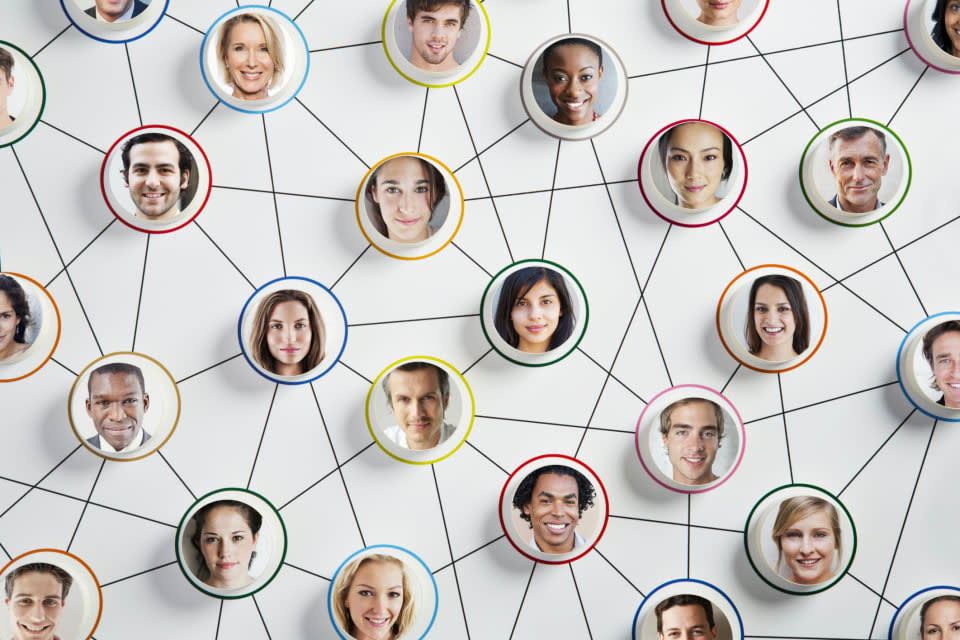 Have you ever heard of Pownce? How about Jaiku? Maybe even something called Yahoo 360?

If you haven't, don't worry. You're probably not alone. These are just a few of the many social networks that have come and gone, most of them vanishing either through acquisition or simply due to lack of audience adoption.

That's surprising, when you think about the sheer volume of social networks that have come our way over the years and the few that remain. Let's face it: There are only a handful of social networks these days that people care about; namely, Facebook, Twitter and, to a certain extent, Google+, even as newcomers like Ello emerge. Some oldies like Myspace and Friendster are still hanging on, but as very different incarnations of themselves. Myspace, for example, is now almost entirely about music discovery, while Friendster currently describes itself as a social gaming site; a far cry from its heyday as one of the "original" social networks.

So what does it take for a social network to resonate with the public? And what makes one succeed where others fail? Here, we examine lessons learned from social networks past and present to see if we can suss out what they should or should not do to prevail in the ever-changing winds of the fickle internet.

Gallery: Social networks: Where are they now? | 7 Photos It seems like a no-brainer, but just like any site on the internet, social networks need to be easy to use. Yet, not everyone follows this simple philosophy. Myspace, for example, became a bloated nightmare, with profile pages that were so heavily bogged down with customizations and media embeds that it was a mess to navigate. It even had to introduce a "Lite" version to lighten some of that load. Yahoo 360 was also widely touted as complicated to set up, as it attempted to be your one-stop shop for blogs, photos and, well, too much of everything. Facebook's settings aren't exactly easy to navigate either, but many forget that it used to be much more complex than it is now. Still, it could stand to be even simpler -- upstarts like Ello are already capitalizing on a supposed cleaner and more minimalist interface that's free from clutter and ads.

2) Do keep up with the times

Perhaps one of the most important lessons when it comes to surviving the ever-changing whims of the internet is the willingness and ability to change. As is evident with sites like Myspace, Friendster and Orkut, many of the ones that fell by the wayside failed to keep up with the competition. While Facebook adapted readily by building News Feed, opening up its site to third-party developers and tweaking its site constantly, Myspace was content with its flashy profile pages and celebrity news site. Friendster, too, was weighted down with glitches and stagnation. Today, Facebook and Twitter seem mindful to not repeat the mistakes of their predecessors, with their constant experimentation and willingness to try something new.

3) Don't be the same as everyone else

One of the problems with so many social networks is that it's difficult for one to rise above the rest; many of them look the same after a while. That's why copycat networks typically don't fare well. Jaiku and Pownce were too comparable to Twitter, and though both offered unique features, they didn't quite differentiate themselves enough to stand out from the pack. Google+, though not quite perfect, set itself apart with a unique Circles feature plus a robust photo-sharing system that rivals, and possibly exceeds, that of the competition. There are also many niche networks in place; LinkedIn is aimed at folks doing business, while Snapchat made ephemeral messaging its standout feature.

Privacy is, without a doubt, the most important factor that social networks need to get right. Unfortunately, this is a concern that even the big ones have stumbled on, especially Facebook. The social networking giant's privacy settings are famously complicated, and it's faced controversy in the past by experimenting on its users and publicizing activities on third-party sites via its now-retired Beacon advertising program. While Facebook has managed to curb and rectify some of these concerns, some other sites aren't so lucky. Google Buzz, for example, got into hot water almost immediately by combining its social network with your personal email account, which meant people could see who you emailed the most frequently. Though that wasn't the sole reason Buzz died, it certainly didn't do it any favors.

A social network wouldn't be a social network without its users, and the key part of any online community is that people should come first. This is easy to say, of course, and many networking sites do attempt to appease their users as much as possible, but it seems like they could do more. Facebook, for example, might want to reexamine its real name policy so as not to alienate those who wish to remain anonymous or have a different online persona. Twitter's recent act of surfacing tweets in the timeline from people you don't follow is another example of an action that doesn't seem to be mindful of why most people like Twitter in the first place (i.e., the fact that you can curate your own feed). On the whole, it would behoove most social networks to have a more active dialog with their users on what they want out of their community and be more transparent with their actions.

Of course, these are just a few of our ideas on what social networks can do to be better. If you have any more suggestions, feel free to let us know, either in the forums or in the comments below. And if you want a little more history about some of the defunct social networks mentioned here, stroll down memory lane in our gallery.

In this article: facebook, friendster, jaiku, myspace, pownce, socialnetworking, video, yahoo360
All products recommended by Engadget are selected by our editorial team, independent of our parent company. Some of our stories include affiliate links. If you buy something through one of these links, we may earn an affiliate commission.