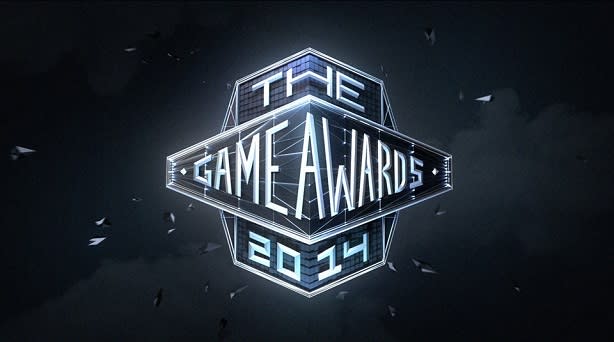 The Game Awards 2014, a new independent video game awards show, will take the stage in December. Produced by former Video Game Awards host Geoff Keighley, the show will debut on December 5, airing live from the AXIS Theater in Las Vegas. The Game Awards 2014 will begin at 9:00 p.m. ET (6:00 p.m. PT) and will be livestreamed globally "across a record number of gaming devices, platforms, media partners and services."

The ceremony will include "world premieres, musical performances, and appearances by game developers, eSports players and online content creators" in addition to shiny awards for some of the year's finest works in the gaming world. The Game Awards' advisory board includes Nintendo of America President and COO Reggie Fils-Aime, Ubisoft Co-Founder and CEO Yves Guillemot, EA COO Peter Moore, Sony Computer Entertainment America CEO Shawn Layden and Head of Xbox Phil Spencer. Tickets to The Game Awards 2014 start at $45 and will go on sale through Ticketmaster at 12:00 p.m. ET (9:00 a.m. PT) tomorrow.
[Image: The Game Awards]
Show full PR text
​​VIDEO GAMES WILL RISE ON DECEMBER 5 AT "THE GAME AWARDS 2014"

"THE GAME AWARDS 2014" Airs Live from the AXIS Theater in Las Vegas Across
Gaming Devices and Digital Platforms on
Friday, December 5, 2014 at 9 PM ET / 6 PM PT

On December 5, videogame creators, press, and fans around the world will come together to celebrate all things videogames with The Game Awards 2014. Built to honor every aspect of the world's most dynamic form of entertainment, The Game Awards 2014 will highlight the cultural significance of the $100B a year gaming industry with awards, world premieres, musical performances, and appearances by game developers, eSports players and online content creators. The Game Awards 2014 is a new show created specifically to acknowledge the place of videogames at the center of modern entertainment and culture.

"The Game Awards 2014 will celebrate our collective love of games and the passion we all hold in our hearts for this incredible entertainment medium," said Geoff Keighley, Producer, The Game Awards 2014. "Gaming has never been stronger, and this year we will recognize the fastest-selling launch year in history for new game consoles, the rise of eSports and mobile gaming around the globe, and preview the games that will make 2015 the biggest year yet."

Airing live from the state-of-the-art AXIS Theater in front the industry and the public, The Game Awards 2014 will be viewable around the world across a record number of gaming devices, platforms, media partners and services. More details on ways to watch the show will be released in the coming weeks at www.thegameawards.com Public tickets for the awards will be available for sale via TicketMaster on Tuesday, November 11.

"The Game Awards is a special event to honor the achievements in gaming, our talented developers and devoted fans. We look forward to celebrating the power of games this December," said Yves Guillemot, Co-founder and CEO, Ubisoft.

"PlayStation looks forward to seeing our fans and celebrating with them both at The Game Awards and The PlayStation Experience in Las Vegas this December," said Shawn Layden, CEO, Sony Computer Entertainment America. "For those who can't join us in person, we will be livestreaming the weekend on PlayStation Network."

"Electronic Arts has long championed the way gaming brings together players with the talented teams behind the world's greatest video games, and this event will be an exciting new opportunity to do just that," said Peter Moore, COO, Electronic Arts. "We look forward to supporting The Game Awards alongside our friends in the industry."

"We have long been believers in the potential for videogames to inspire, challenge and entertain, and we look forward to standing with the industry to celebrate the medium at The Game Awards this year," said Jennifer Kolbe, VP of Publishing, Rockstar Games.

"Xbox is proud to be a part of The Game Awards and to celebrate the creative and innovative work that happens across the gaming industry all year long," said Phil Spencer, Head of Xbox, Microsoft. "I am pleased Xbox One and Xbox 360 owners around the world will be able to watch the entire program through Xbox Live."

"It's been an amazing year in games and we're excited to celebrate the industry's achievements at The Game Awards alongside friends, colleagues and fans around the world," said Martin Tremblay, President, Warner Bros. Interactive Entertainment.

"Valve is excited to share The Game Awards with over 100 million users on Steam around the world," said Gabe Newell, Co-Founder and Managing Director, Valve. Alongside the free livestream, Steam will offer a special limited time Steam Sale as part of The Game Awards 2014 broadcast. More details will be announced closer to the event.

For more information visit www.thegameawards.com or follow twitter.com/thegameawards
In this article: awards, awards-ceremony, awards-show, Geoff-Keighley, the-game-awards, the-game-awards-2014, vga, VGX
All products recommended by Engadget are selected by our editorial team, independent of our parent company. Some of our stories include affiliate links. If you buy something through one of these links, we may earn an affiliate commission.