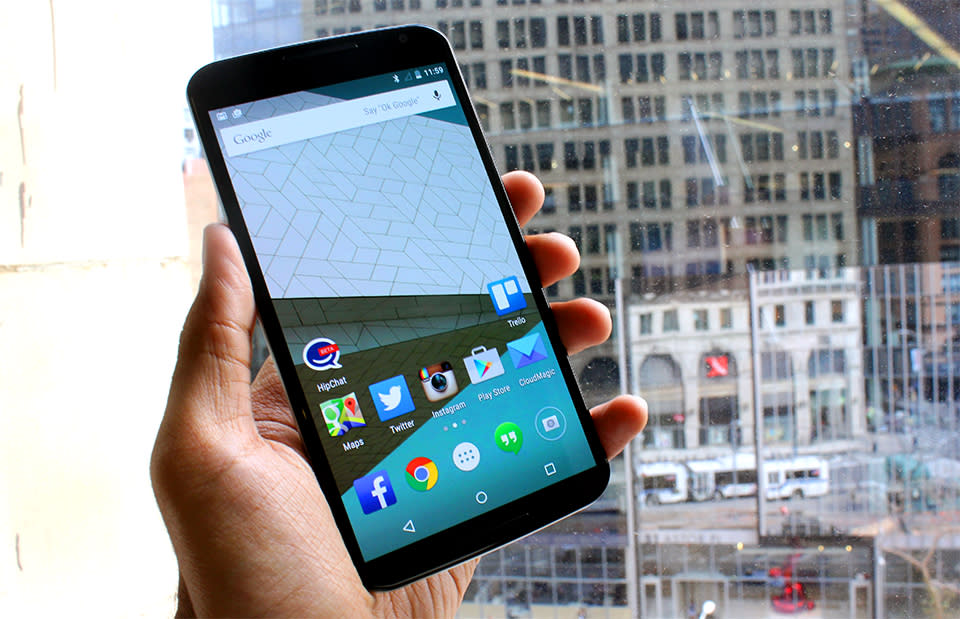 If you've been wondering just how much a Nexus 6 will set you back if you'd rather not pay Google $649 up front, your wait is over. Following early T-Mobile info, both AT&T and Sprint have divulged launch details for Android 5.0 Lollipop's poster child. AT&T's pre-orders start on November 12th, when it will sell the giant smartphone for a hefty $250 on contract, $23 per month over two years or $683 outright. Sprint will have the new Nexus in-store on November 14th, when you can get it for either $29 per month or $696 total. Both carriers are roughly on par with T-Mobile ($27 per month), but it's evident that the carriers aren't giving Google special treatment. This is a flagship device, and the networks are pricing it accordingly. As for Verizon? Big Red tells us that it still isn't ready to reveal its plans -- don't be surprised if its Nexus 6 variant arrives fashionably late.

Update: Looks like T-Mobile is pushing back the launch 'til November 19th.

In this article: android, att, lollipop, mobilepostcross, nexus6, smartphone, sprint, t-mobile, verizon
All products recommended by Engadget are selected by our editorial team, independent of our parent company. Some of our stories include affiliate links. If you buy something through one of these links, we may earn an affiliate commission.