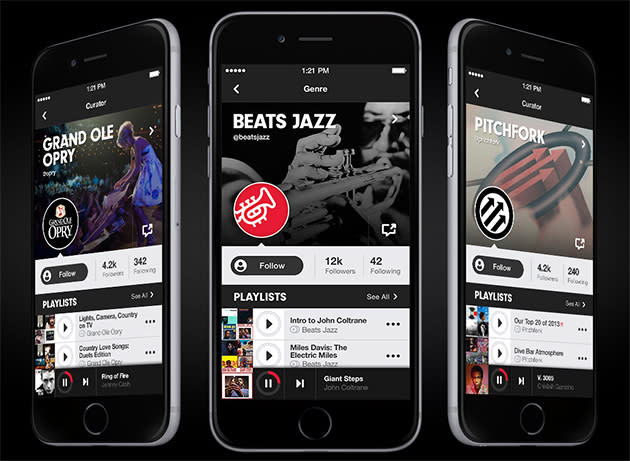 Since Apple nabbed Beats earlier this year, we've been wondering what would come of the latter outfit's streaming service. Financial Times reports that the folks in Cupertino plan to lump Beats Music (or whatever it'll be called in the future) in to iOS. Yes, this means that the app will already be installed on that new iPhone or iPad when you unbox it, attempting to get a leg up on the likes of Rdio and Spotify from the jump. The report says the usual "people familiar with the matter" look for the move to happen as soon as March -- perhaps around the same time as the debut of the Apple Watch. As you might expect, you'll still need a subscription to access Dr. Dre's library of tunes, but the app itself will already be there. Of course, this could also end badly: we all remember what happened last time Apple put something on our phones we didn't want. I reached out to Apple on the matter and it declined to comment.

In this article: apple, beats, beatsmusic, bloatware, ios, mobilepostcross
All products recommended by Engadget are selected by our editorial team, independent of our parent company. Some of our stories include affiliate links. If you buy something through one of these links, we may earn an affiliate commission.