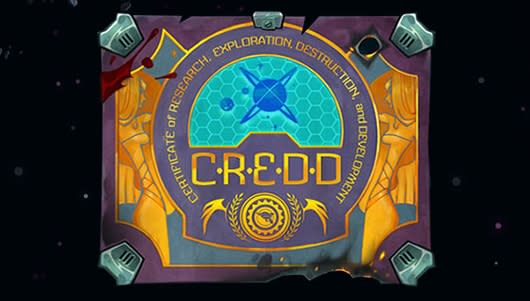 Massively reader BlackArmsAkimbo recently opined that WildStar wasn't worth a $15 monthly sub but he'd seriously consider paying $5. On the surface, it might seem silly -- why quibble over $10? You can barely buy a burger and fries for that in a big city. But maybe we don't think of subs in terms of money at all -- subs are being compared not to the value of fast food but to the value of other MMOs that charge the same price.

The traditional MMO sub sat at $10 for several years before jumping up to $15, a number that World of Warcraft adopted and cemented as The Standard for the industry, which means that nearly every sub MMO that's launched in the last 10 years also charges $15. Every MMO is ultimately compared to WoW in terms of value for that sub. And every game that does charge less is assumed to be lesser, which is hardly fair -- consider how much content RuneScape's £4.95 a month gets a sandbox gamer.

I know I'd be more likely to keep up a bunch of subs if they were cheaper, but that's because I've mentally moved on to comparing an MMO's value to Guild Wars 2's, not WoW's, and I get a lot for my box fee from GW2. What about you? What do you think is the ideal subscription rate for an MMO?

[Edit: In a complete but ironic coincidence as this post was written last week, RuneScape just announced a subscription hike today.]

Every morning, the Massively bloggers probe the minds of their readers with deep, thought-provoking questions about that most serious of topics: massively online gaming. We crave your opinions, so grab your caffeinated beverage of choice and chime in on today's Daily Grind!
In this article: brianna-royce-tdg, daily-grind, opinion, sub, subscription, subscription-rate, tdg, the-daily-grind
All products recommended by Engadget are selected by our editorial team, independent of our parent company. Some of our stories include affiliate links. If you buy something through one of these links, we may earn an affiliate commission.