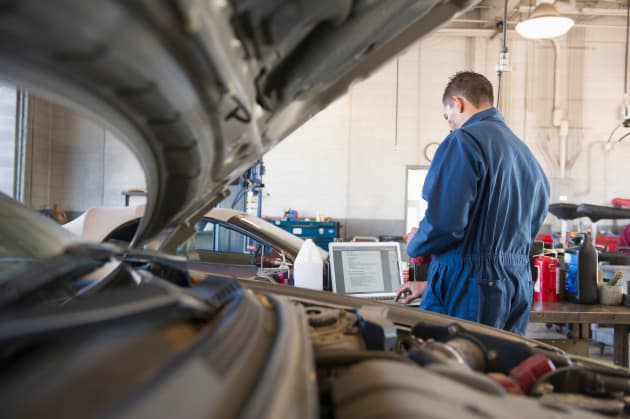 Tinkering to get better performance out of your ride is one of the more rewarding aspects of vehicle ownership. The thing is, as cars have become more and more computer-dependent, getting a horsepower boost or better gas mileage by swapping exhaust systems or air filters is just the beginning. Sometimes to hit the level you'd want, tweaking the engine control or primary control module by aftermarket means is necessary. Thanks to the Digital Millenium Copyright Act, however, that puts wrenching on your vehicle into murky legal territory. The folks at the Electronic Frontier Foundation (PDF) have your back and are hoping to keep the DMCA out from under your hood, though. As Autoblog notes, the EFF is hoping its petition to the federal copyright office will result in removing some of the legal issues that can arise from futzing with your car's electronic brain-box.

The argument is that this would put ownership back in the hands of, well, the vehicle owners. It'd give them the freedom to mod their car as they see fit instead of an OEM locking performance to its own parameters. This would also have an impact on the repair industry. While an independent garage or body shop has access to basically anything needed to fix your car, there are a few specific operations that can only be done by, say, a Ford or Chevy dealership due to the needed proprietary tools; this could expand in scope. Autoblog's sources argue that in this case, the DMCA could be used to extend a monopoly (as has apparently been done in other industries) and eliminate the customer's right to choose where they can have their vehicle fixed.

Yes, there's a lot going on here, but there's precedent that the courts aren't exactly keen on letting the DMCA intrude on consumer rights. In 2005, the US Court of Appeals ruled against Lexmark when it tried invoking the DMCA to keep third parties from manufacturing cheap print cartridges for its printers. Hopefully something similar can happen here as well.

In this article: automotive, copyright, DMCA, eff, policy, transportation, UsCourtOfAppeals
All products recommended by Engadget are selected by our editorial team, independent of our parent company. Some of our stories include affiliate links. If you buy something through one of these links, we may earn an affiliate commission.