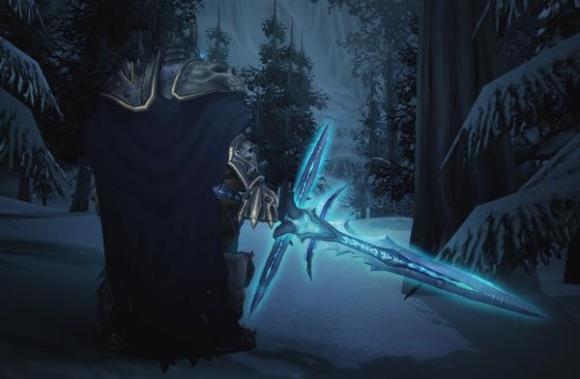 Not to be shown up by the Sith (i.e. the first trailer for Star Wars: The Force Awakens), Arthas is back in a new imaged released on Warcraft's Twitter page showing him with an upgraded version of Frostmourne (now with an even more excessive crossguard), and ready to take on anyone who wants to put up a fight for the title of ultimate villain. In the battle of Arthas vs. Sith, I think I'd put my money on Arthas.

Or is this supposed to be an audition? If so, I think he may be a little too late. Kind of like at Stratholme.

Oh, too soon?
In this article: arthas, star-wars, warcraft
All products recommended by Engadget are selected by our editorial team, independent of our parent company. Some of our stories include affiliate links. If you buy something through one of these links, we may earn an affiliate commission.