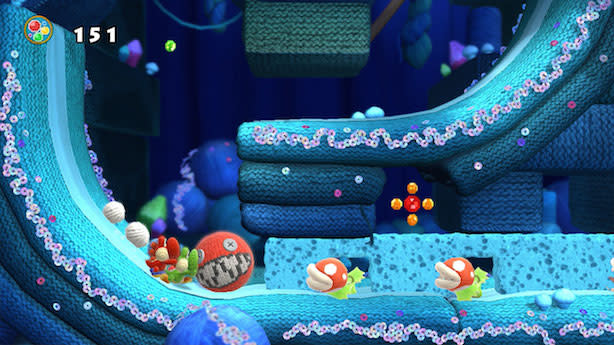 Welcome to Stiq Figures, where the sales data is after the break and the posts don't matter.
Our to-play lists may still be a little bloated from this year's offerings, but this weekend's PlayStation Experience (and past Gamescom and E3 presentations) proved there's no shortage of games planned to launch in 2015. If you need a refresher: Batman: Arkham Knight, Rainbow Six: Siege, Xenoblade Chronicles X, Quantum Break, Persona 5 ... even before you get to smaller titles, there's a ton on its way! Sometimes there's a frontrunner with a firm grasp on our attention though, so before we delve into Game of the Year talk, let's exchange our most-anticipated games due within the next year.

I'll cave to my predictable nature – Give me Yoshi's Wooly World, a friend for co-op play and an open weekend. While the Yoshi-themed aesthetics were my initial draw, my time spent hurling crocheted eggs at E3 2014 was surprisingly promising. The stages I tried were inventive enough with the arts-and-crafts theme to keep it from feeling like a thin, irrelevant cover, and the level design reminded me more of the original Super Mario World 2: Yoshi's Island than the series' handheld outings. I expected to take a half-hearted romp through a cute platformer, but I left the booth compelled and eager to unravel Wooly World's full adventure.