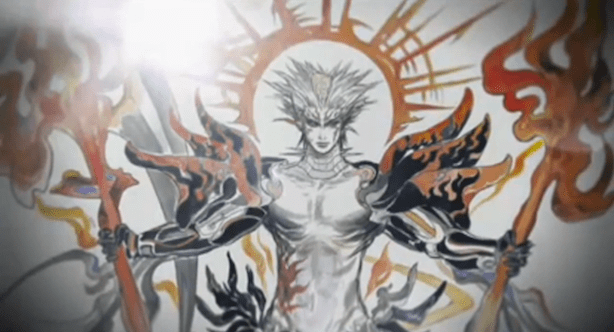 RPG fans enamored with the Vita, get to work on your Suidoken ports – Gematsu reports that a new entry in the SaGa series will launch on the Vita within 2015, as was announced during Square Enix's presentation that recognized the series' 25th anniversary. Details are largely absent from the announcing trailer, with concept art from SaGa series character illustrator Tomomi Kobayashi serving as our only real clue as for what to expect.

As far as the event's other announcements, a browser-based PC game called Imperial SaGa was announced for Japan, which will build a new story from worlds featured in previous SaGa games. Romancing SaGa: Minstrel Song, the Japanese PS2 remake of the original Romancing SaGa, will also be brought to Japan's PlayStation Store as a PS2 Classic, but plans to offer either Imperial SaGa or Minstrel Song to Western audiences have not been announced.
[Image: Square Enix]
In this article: imperial-saga, playstation, playstation-vita, romancing-saga-minstrel-song, saga, square-enix, vita
All products recommended by Engadget are selected by our editorial team, independent of our parent company. Some of our stories include affiliate links. If you buy something through one of these links, we may earn an affiliate commission.