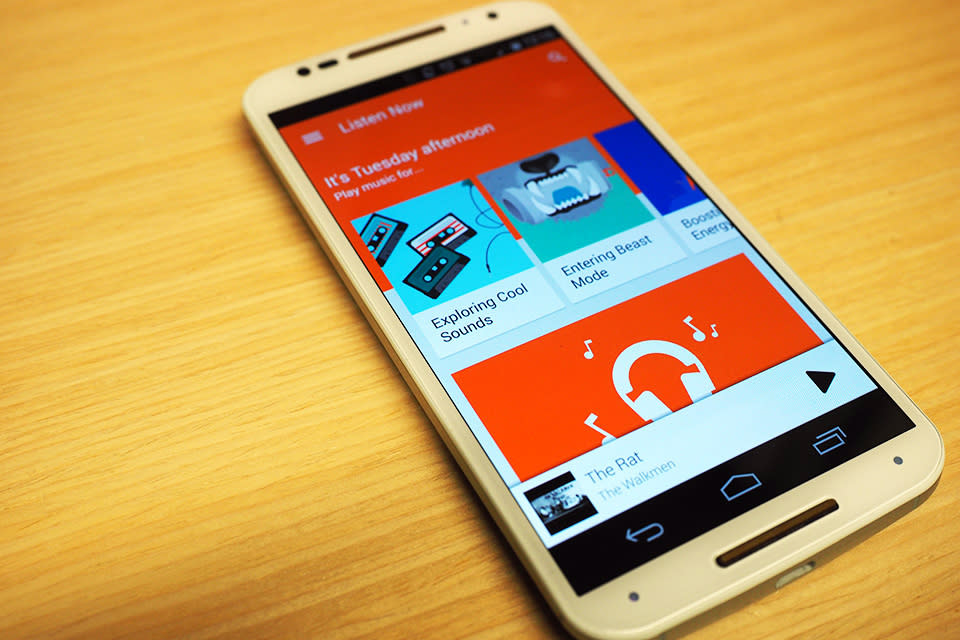 Having millions of tracks available to play can be a blessing when streaming music, but with so much choice, it can often be difficult to find something that matches your mood. Google recognised that some Play Music subscribers could use a hand, so it launched Songza-powered smart playlist recommendations back in October, but limited the feature to US-only listeners. However, that geographic restriction has been lifted today, after Google announced that it's brought its "Concierge" playlists to the UK. If you're a paying Play Music member, you'll now see a number of curated playlists at the top of the "Listen Now" section, which included Christmas, Brand New Music and The School Run selections when I signed in. Playlists will change depending on the time of day and season (hence the inclusion of Christmas tracks) and will update as the service gradually gets to know what you like -- helpful if you're embarking on your daily commute and fancy switching to autopilot.

In this article: google, google music, mobilepostcross, play music, playlists, songza, uk-feature
All products recommended by Engadget are selected by our editorial team, independent of our parent company. Some of our stories include affiliate links. If you buy something through one of these links, we may earn an affiliate commission.