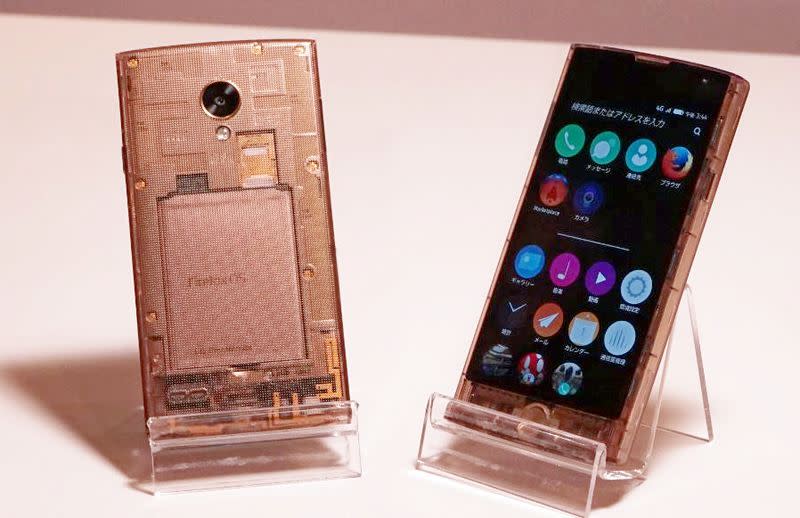 Transparency has always been one of Mozilla's big selling points with Firefox OS, but a new smartphone from KDDI in Japan is taking that idea to its literal extreme. KDDI's Fx0 is the first Firefox OS phone to hit Japan, and as you can see, its clear case (crafted by designer Yoshioka Tokujin) doesn't leave much to the imagination. It's also the first device running Mozilla's mobile platform to include LTE and NFC. And unlike most Firefox OS phones, it packs in some decent hardware, including a quad-core 1.2GHz Snapdragon 400 processor, 1.5GB of RAM, and a 4.7-inch IPS display. Up until now, Firefox OS been targeted at low-end devices for emerging markets like Brazil. But the Fx0 shows that Mozilla wants to take on developed markets, rather than just compete for scraps. 7
In this article: Firefox OS, firefoxos, Fx0, KDDI, mobilepostcross, Mozilla
All products recommended by Engadget are selected by our editorial team, independent of our parent company. Some of our stories include affiliate links. If you buy something through one of these links, we may earn an affiliate commission.