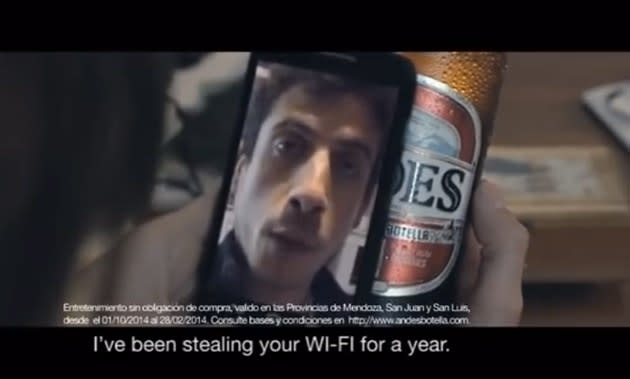 You know how a bottle of beer can help make some particularly bad news easier to swallow? Argentinian beer brand Andes doesn't only believe that, it's taking that idea to the next level -- by letting people record themselves using its app and digitally attach the video to a QR code printed on its bottles' labels, which any recipient can scan. The company joined forces with ad agency Del Campo Saatchi & Saatchi to make this "message in a bottle" idea happen and to launch two rather amusing video ads (below the fold) to go along with it. While Andes wants to present the concept as a way to say something you can't in person, we can only imagine the number of, um, unsavory and drunk videos that could be recorded on Friday nights. Good thing the whole system is similar to Snapchat: videos are stored in the cloud and get deleted once they're viewed.

In this article: advertising, beer, marketing, mobilepostcross, qrcode
All products recommended by Engadget are selected by our editorial team, independent of our parent company. Some of our stories include affiliate links. If you buy something through one of these links, we may earn an affiliate commission.