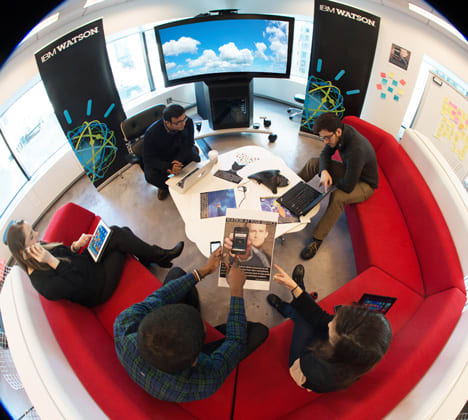 Ever since it was unveiled four years ago, Watson has been the factotum of the robotics world, working a slew of gigs in hospitals, on Wall Street and the like. Now IBM's ready to give its supercomputer what may well be its toughest gig to date. The company is pumping $1 billion into its new Watson Business Group, which is "dedicated solely to the development and commercialization of cloud-delivered cognitive innovations." The division will be headquartered in Manhattan, focused on applying the computer's smarts to apps aimed at such diverse fields as healthcare, finance, travel, telecom and retail. Apparently the old 'bot hasn't quite settled on one gig after all.

In this article: ces2014, ibm, watson, watsonbusinessgroup
All products recommended by Engadget are selected by our editorial team, independent of our parent company. Some of our stories include affiliate links. If you buy something through one of these links, we may earn an affiliate commission.