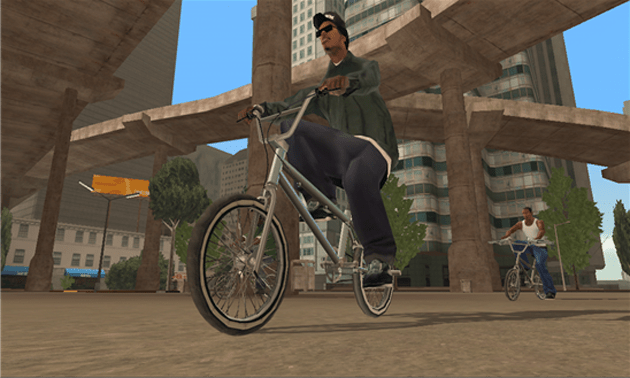 Rockstar Games' promise of an early January launch for Grand Theft Auto: San Andreas on Windows Phone devices may've been a bit off -- the game just arrived on the Windows Phone store today, as spotted by CNET. The game carries a $7 price tag and works on a handful of WP8 devices (the HTC 8XT and Nokia Lumias 1520, 1320, 822, 820 and 810); it's got the same touch-based, contextual controls that the iOS and Android versions employ. Should the Caricature Compton of Carl Johnson's San Andreas entice you, you can snag it right here.

Via: CNET
Source: Windows Phone Store
In this article: 8xt, grandtheftautosanandreas, gtasanandreas, htc, htc8xt, lumia, microsoft, mobilepostcross, nokia, nokialumia, rockstar, rockstargames, windowsphone, windowsphone8
All products recommended by Engadget are selected by our editorial team, independent of our parent company. Some of our stories include affiliate links. If you buy something through one of these links, we may earn an affiliate commission.