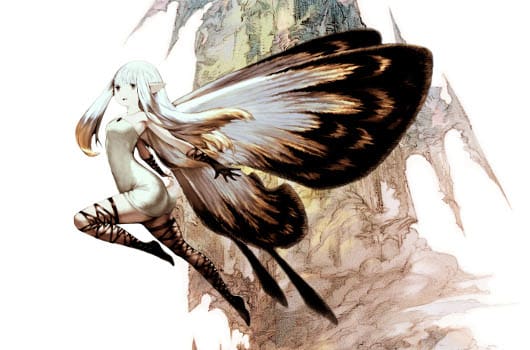 Bravely Default is almost to the Final Fantasy series what Casino Royale was to James Bond films. Unlike the 2006 film, the so-billed spiritual sequel to Final Fantasy: The 4 Heroes of Light doesn't convey its modernizations immediately. In its first hours, Bravely Default is like a dry homage to the games Square Enix's series was built on. There's no cold-blooded drowning in a sink, just four heroes, pre-rendered backdrops, turn-based combat, and phoenix downs. Name or no, it's soon obvious the game is a Final Fantasy, and at first little more than familiar.

The renovations are there, though, and as they unravel a maturity reveals itself. No, not the gritty maturity of a complicated spy, but a grownup warmth, an understanding that gaming is not what it was in 1987 or 1997 or even 2006, but it's not dissimilar. The paradigm shift in Bravely Default is not making Final Fantasy into something new, but reaching back and dragging the series' past into the modern day – with care, that is. Like Casino Royale, the 3DS game trips over old foibles, but make no mistake: Bravely Default is a return to form in more ways than one.

The story is the first fulcrum of convention. Tiz, a mawkish boy who sees his village wiped off the earth, soon meets Agnes, a nun-like protector of a magic crystal that helps to keep the world in balance. They find Ringabel, an amnesic lothario, and Edea, a headstrong soldier who betrays her father's cause of shackling the crystals' power. Agnes drags the rest into a quest to restore the crystals, and soon enough the party of teens is visiting villages, traversing dungeons, and airshipping like it's 1999.

It's this familiar save-the-world motif that the story twists and turns around, and while it's written well enough, the narrative is rather slow for an already long game; Bravely Default is a good 40-50 hours at least. It also doesn't help that the dialogue can border on the novella-like. What saves it from losing interest are the heroes.

While they never really unshackle their tropes, all four protagonists are likable, even Agnes with her haughty overuse of "Unacceptable!" – worst catchphrase ever. Most of the dialogue is voice acted, and Edea (Cassandra Morris) and Ringabel (Spike Spencer) in particular carry an easy charm in their tones. Moreover, each character feels important to the overall story. This isn't just Agnes' tale; equal time is given to Tiz's struggle to rebuild his life, the curiousness of Ringabel's journal that foresees the future, and Edea, forced to face those she dishonored.

The likable heroes carry the story, but the real star of Bravely Default is the combat. Supported by one pillar of innovation and another of renovation, it's a tactical test of risk and reward, and its mixture of old and new taps into the Final Fantasy spirit of epic, sweatily tense challenge.

The innovative pillar is the Brave/Default mechanic that gives the game its silly title. Instead of taking one move per turn, as per most Japanese role-playing games, each hero can use "Brave" to make multiple moves in a turn. Each move costs a Brave Point (BP), and at the end of the turn – once all heroes and foes have used their moves – everyone gets one BP restored.

The risk with Brave is if a hero has negative BP – a debt of moves, as it were – he or she has to sit out that turn, useless and unguarded. So if Agnes is on the default level of 0BP and she, say, casts four spells in the same turn, she'll be on -3BP next time around, and has to sit out three turns. The counterpart to Brave is Default, which lets a hero defend and conserve an extra BP to stock up and use later.

It may sound like a test of patience, but as things progress and foes concoct their own mixtures of Braves and Defaults, it becomes a deep game of opportunities. It's not just about the risk of being Brave, but the risk of sticking to Default and losing a window to inflict damage, or buff up, or finish a fight while I still can. I love a Japanese RPG that can make me truly consider the jeopardy of an attack, that can make restraint feel fragile. Bravely Default does that. 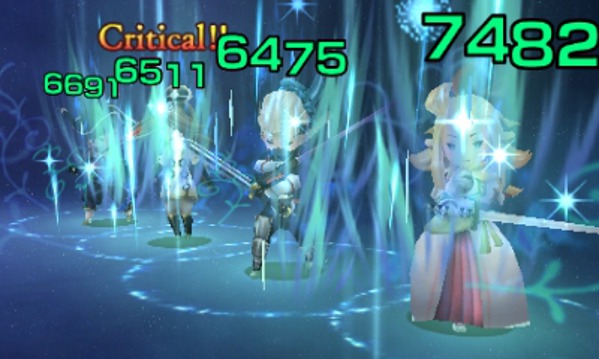 Decisions become difficult, desperate, often a matter of victory or loss, and yet the basic idea remains a distillation of attack and defend. The result is an energizing sense of challenge, not unlike the grand showdowns of decades ago, but invigorated in a new way.

It wouldn't be as enjoyable if it weren't for the combat's renovating pillar, the flexible job system. There are 23 jobs in Bravely Default, from oldies like White Mage to oddities like Pirate, each with its own abilities and stat effects. As you progress, your party members level up their chosen jobs, and then as you defeat bosses and unlock new jobs you can switch things around.

The clever touch is how you can pseudo-combine jobs by employing extra abilities from one additional job you've learned. Some combinations are obvious, like a Spell Fencer's weapon-imbuing magic with a Knight's sturdy swordsmanship. Others less so, like giving the attack-loaded Monk the Red Mage powers, making him able to use supporting white and black magic as needed, albeit weakly. It all ties in to the Brave/Default mechanic too. As the need to go offensive and defensive sways to and fro, striking another balance, one between strength and adaptability, becomes key. 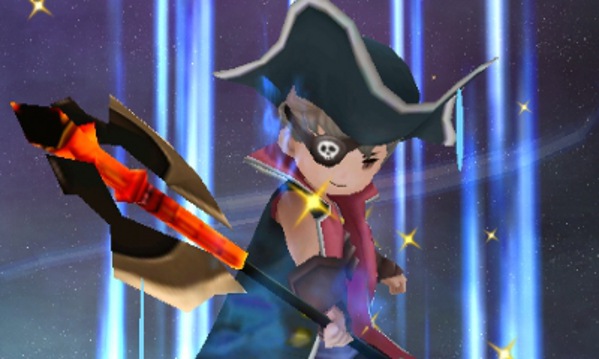 The two pillars together bring an enigmatic mix of challenge and freedom. Boss fights feel like puzzles to be solved, but there's no single correct answer. I play Bravely Default how I want to, yet it's got old-school JRPG stamped all over. It's a surprise, but such a welcome one.

The flexibility extends to which jobs players choose to level up, and it all might seem like placing too much responsibility with the player. Yet Bravely Default employs measures minor and major to combat this problem. For example, towards the end-game it doesn't take too many battles to become proficient in a job, but mastering one always takes time – a small but smart feature.

Then there's the more major, un-Final Fantasy-like level of overall flexibility. I can change the game's difficulty at any time outside of combat, allowing me to underpower or overpower my foes as I want. Encounter rates for enemies can be toggled up and down, destination markers can be turned on and off, and I can even switch off XP and gold gains. 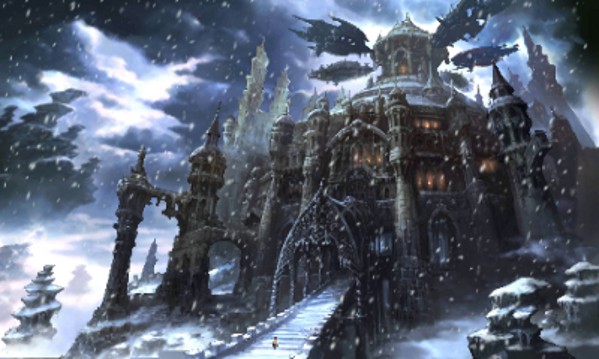 There's a point by the end where I find, even on normal settings, things get dispiritingly tough – as they can in a JRPG. The options would normally be to plod on, do side quests, grind – or quit. In Bravely Default I can switch the difficulty down, or if that feels cowardly I can grind with 200% encounters, not to mention with battles super-fast-forwarded. The scenarios extend beyond that, appealing to both newer and experienced players, and speaking as someone who's lost way too much time to JRPGs, I appreciate the option.

Even with those concessions, my major bugbear with Bravely Default is it drags on by the end. Not because of length, but rather because the story forces the game to retrace its steps in a way that's not as clever as it thinks it is, or at least not clever enough. Like any good Final Fantasy, it feels like Bravely Default is building up to a big finish, but it's all too signposted by the end, too drawn out.

There's more than enough here to forgive that, though. I've not even touched on the fine array of social features like borrowing abilities from 3DS friends, or how deep the story can get with Ringabel's journal. As the credits rolled on Casino Royale I felt hopeful for 007's future, and Bravely Default has me excited to see how this new thread of Final Fantasy unravels. If future entries can leave me as frantic as its combat does, and support it with modern flexibility while retaining that old-school feel, then I'll happily play all of its ridiculously-named offspring.

Joystiq's review scores are based on a scale of whether the game in question is worth your time -- a five-star being a definitive "yes," and a one-star being a definitive "no." Read here for more information on our ratings guidelines.
In this article: 3ds, bravely-default, bravely-default-flying-fairy, nintendo, recommended, square-enix
All products recommended by Engadget are selected by our editorial team, independent of our parent company. Some of our stories include affiliate links. If you buy something through one of these links, we may earn an affiliate commission.