Microsoft resurrects the Kinect, but for business 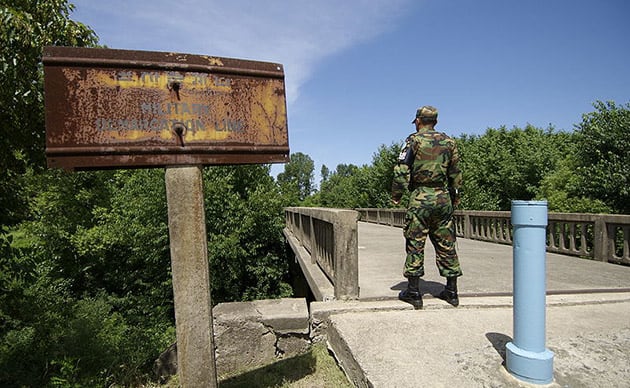 Surgeons, mad scientists and sentries guarding the Korean Demilitarized Zone (DMZ) now have one thing in common: Microsoft's Kinect. According to Hankooki, the Korean military is currently using Kinect sensors to monitor movements at the border between North and South Korea. Thanks to software developed by Jae Kwon Ko, the sensors can make out the difference between animals or humans, allowing it to notify a nearby outpost if a person is attempting to cross the border illegally. As you'd expect, the South Korean military's keeping most details under wraps, but Ko shared that they're looking to upgrade the system with heart rate and heat detection.

Via: Hankooki
Source: Kotaku
In this article: kinect, Microsoft, military, SouthKorea
All products recommended by Engadget are selected by our editorial team, independent of our parent company. Some of our stories include affiliate links. If you buy something through one of these links, we may earn an affiliate commission.