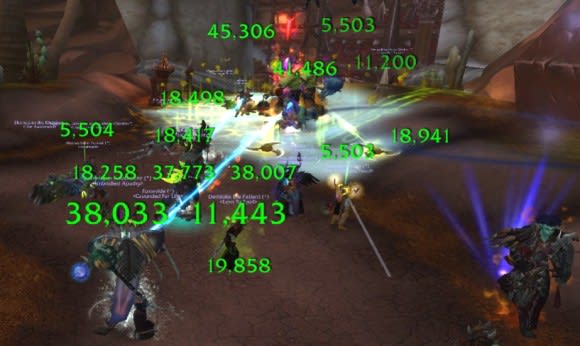 Dedralie at Healiocentric has started a series examining how the 6 healer specs fared in Mists of Pandaria, and the first installment starts with a look at representation in raids. It's a fascinating article on the rise, fall, and sometimes stagnation of class fortunes, and toward the end there's a pretty cogent prediction on what mythic raids in Warlords of Draenor are probably going to look like if current trends continue.

This is a quick summary, but I'll provide more details past the cut. As Dedralie writes, while we're not really talking about healer balance or throughput here, there are a few obvious trends you can track from the Mists launch in September 2012 all the way to heroic Garrosh kills in January 2014: 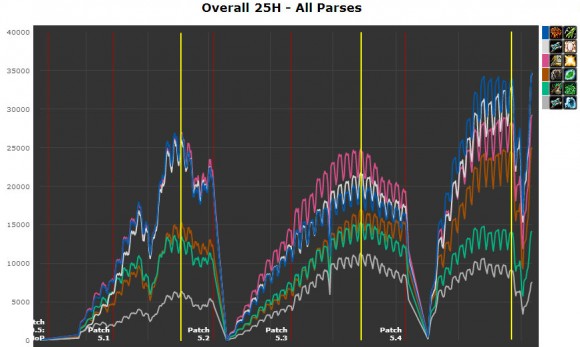 Discipline priests and holy paladins ruled the expansion. This is an inescapable conclusion from the data regardless of raid size or difficulty. They are the only two healers with consistently strong representation across the board, although it's particularly noticeable in 10-man. As Dedralie observes, disc priests are particularly strong in that content because they combine healing with a decent amount of DPS, so "the pressure for a priest to be discipline in 10-player raids is really, really high." Atonement's damage is a significant boost for a raid mode that has limited capacity for DPS.

The absorption effects brought by these two healers is a huge advantage in heroic content (even more so in 10-man), and it may be too valuable as a mechanic. Healers have known for a while that being able to prevent damage is usually more helpful and efficient than being able to heal through it. This tends to hurt classes with more throughput-oriented healing styles, particularly at low spirit levels. That may have been one of the things that dogged resto druids and holy priests early on, and there's a note on this below. 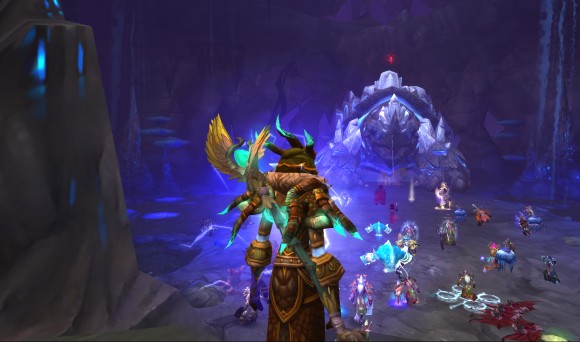 Tier 15 (Throne of Thunder) was the most balanced overall. Tier 14 saw significant gulfs between class popularity that unfortunately returned with a vengeance in Tier 16 (Siege of Orgrimmar). One of the most interesting things here is the shaman's fairly strong representation in the 25-mans of tier 14, falling to middling presence in Throne, and then rebound in Siege. So what gives? "Early in an expansion, shaman have three huge advantages," Dedralie writes. "Their mastery, which compensates greatly for low-level gear; their numerous throughput CDs that have additional value when undergearing or underhealing a raid; and their inherent mana regeneration capabilities (Water Shield, Resurgence, and if used, glyphed Totemic Recall) allowed them to perform at closer to maximum capacity at earlier gearing stages."

On a more druid-centric note, I'm not surprised to see that the difference between our 10-man and 25-man performance bled through to who showed up in raids. That March 2013 article and its November 2012 precursor are more concerned with throughput rather than representation, and comparing the two with the benefit of Dedralie's article is pretty interesting. This is the second expansion in which druids have been relatively weak at the beginning, and I'm starting to wonder if the theory we floated around the start of Mists was correct. Druid AOE output is very effectively throttled by low spirit levels, and until something changes, that's likely to hurt us at the beginning of every expansion.

I definitely agree with Dedralie that throughput from holy priests and mistweaver monks wasn't the problem; their presence in raids is being negatively affected by other things. 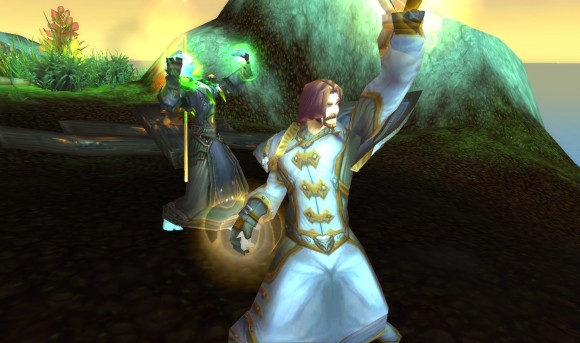 While monks and holy priests are still struggling for representation, it's instructive to look at the fights where they were significantly more popular. A caveat: Monks would be at a disadvantage no matter what as a new class, so it can be tough to untangle whether their relative lack of popularity is owed to that or genuine issues with their design. However, there were a few fights where monks and holy priests both surged (if not necessarily becoming dominant), most notably on heroic Tsulong. They're both well-suited to the "heal-bombing" that benefited that encounter, although it was an unreliable benefit elsewhere.

Monk representation in heroic raids is slightly better than it is in normals, which is food for thought. As someone who also had a "fistweaver" monk for challenge modes and was impressed by the damage output, I think fistweavers and Dream of Cenarius druids might be underappreciated at present.

Mythics will probably look like the "under-healed" heroics of MoP, which will prejudice heal teams toward synergies between absorption healers and those with strong throughput-based cooldowns. The move from 25-man to 20-man raids will shave a healer or two off the normal roster for most, which will push heal teams to exploit any class synergies they can find. Right now, the most useful combination in encounters where guilds use fewer healers as a strategy seems to be the absorption healers (disc priest + holy paladin) plus a class with strong throughput cooldowns, generally the shaman.

Dedralie theorizes that the growing number of community resources for monks will help the class grow, and holy priests may also get a boost in that they're a versatile healer commonly added to existing teams when you just need more of everything.

Dedralie's article is a much more expansive and in-depth examination of trends in healer representation as the expansion advanced, and I'd highly recommend heading over for a read.