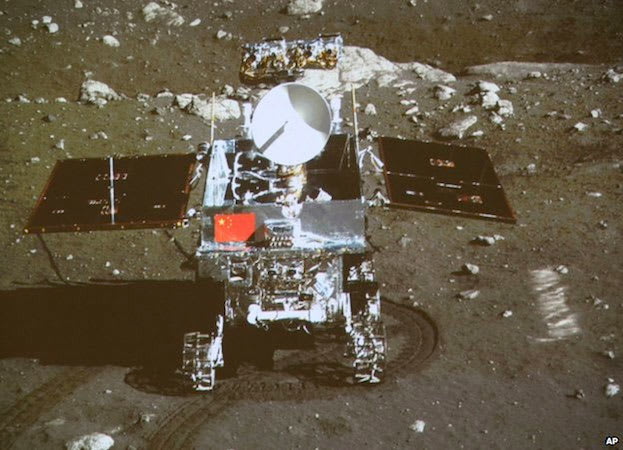 After facing a series of troubles since its arrival on the moon, China's Jade Rabbit rover has been officially pronounced dead. China News Service broke the story earlier today, stating that the Chinese explorer, also known as Yutu, "could not be restored to full function." Jade Rabbit reportedly suffered mechanical problems last month, on January 25th, and was consequently never able to work properly again -- it was due to "the complicated lunar surface environment." This is a huge blow to the future of China's space program, one that aims to have an Earth-orbiting station and land a human on the moon within the next decade. Still, getting a rover to the moon is no easy feat, so the country has nothing to be ashamed of. Rest in peace, Yutu.

Update: Well, in a strange turn of events, state-run news outlet Xinhua is reporting that Jade Rabbit "has come back to life." According to Pei Zhaoyu, a spokesperson with China's lunar program, the rover "went to sleep under abnormal status" but is now "back to its normal signal reception function." With connection established, experts believe there might still be hope for Yutu: "The rover stands a chance of being saved now that it is still alive," Zhaoyu told Xinhua.

Source: ECNS, Xinhua
Coverage: Phys.org
In this article: China, Jade Rabbit, JadeRabbit, Moon, Moon Rover, MoonRover, Rover, Space, Yutu
All products recommended by Engadget are selected by our editorial team, independent of our parent company. Some of our stories include affiliate links. If you buy something through one of these links, we may earn an affiliate commission.