BlackBerry announces the Classic with physical keyboard and trackpad, coming later this year 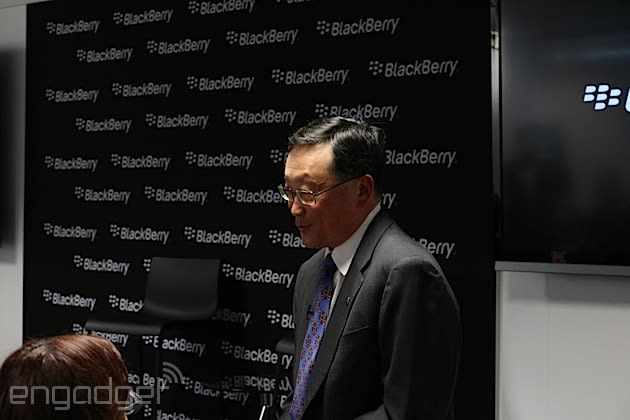 As part of BlackBerry's festivities at Mobile World Congress, CEO John Chen announced a pair of new devices. In addition to the Z3 (Jakarta), Chen also stated that a new QWERTY device called the Classic (aka Q20) is in the works, and will be coming out sometime later this year alongside an update to BES12. We don't know much about the device at this point, but Chen tells us that it'll feature the "tool belt," which means you can expect to see the traditional BlackBerry trackpad and function keys frequently seen on the company's older smartphones. We also know that the handset will come with a 3.5-inch touchscreen, a little bigger than the one we found on the Q10, but the Classic will retain the Q10's top-tier fretted keyboard. The company hasn't gone into specifics, but has also mentioned that we'll see the device come with a "large battery," for even longer life than the current generation of devices. The Classic/Q20 will launch in the second half of the year, just as soon as the team can, you know, decide upon a name.

Source: BlackBerry
In this article: bes12, blackberry, blackberryclassic, blackberryq20, classic, mobilepostcross, mwc, mwc2014, q20
All products recommended by Engadget are selected by our editorial team, independent of our parent company. Some of our stories include affiliate links. If you buy something through one of these links, we may earn an affiliate commission.