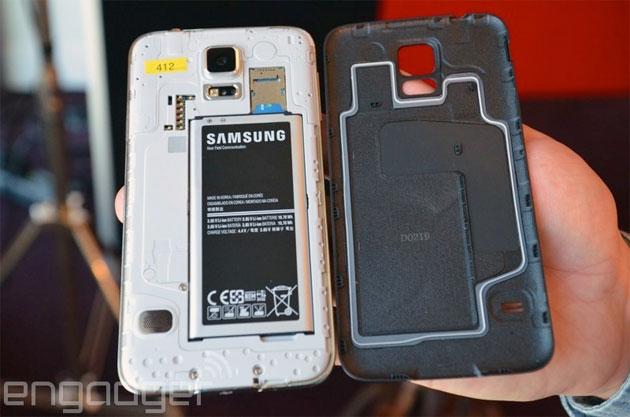 So that's Samsung's new flagship smartphone, the Galaxy S5. The company makes the majority of the components itself, but what happened to those home-grown Exynos processors? Well, Samsung tells us that the GS5 will come in two variants, one with the 2.5GHz quad-core Snapdragon 801 chip (the model that we tested out at MWC), and another with a 2.1GHz octo-core Exynos 5 processor. Samsung did the same with the Galaxy S4 last year, but we didn't pick up any huge differences in performance when we compared the two phones. The LTE-capable GS4s never left Korea, however, so we'd predict a similarly limited roll-out for any Exynos-powered GS5s.

In this article: exynos, galaxys5, gs5, mobilepostcross, octo-core, samsung
All products recommended by Engadget are selected by our editorial team, independent of our parent company. Some of our stories include affiliate links. If you buy something through one of these links, we may earn an affiliate commission.