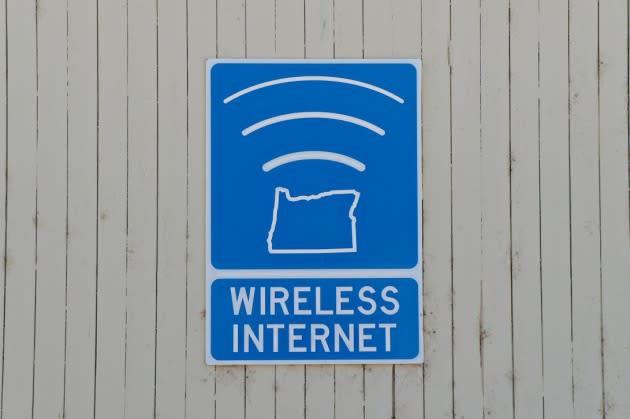 Just over a year ago, the FCC said it was working on a proposal to make outdoor and public WiFi faster, and, well, it's finally come to pass. Today, the outfit announced that it has freed some 100 megahertz of spectrum in the 5 gigahertz band, which will make wireless connections faster. By how much? Well, this could allow transfer rates of up to a gigabit per second for the likes of laptops, smartphones and tablets. It'd also immediately benefit beefy 802.11ac networks, according to Gigaom. If you're thinking that your favorite coffee shop's network could get faster as a result, that's only part of the plan: the ruling also allows for the deployment of speedier outdoor WiFi hot spots.

As FCC commissioner Ajit Pai tells it, this could push the price of related gizmos down, too. If you want to see government employees liken licensed and unlicensed spectrums to peanut butter and jelly, or data transfers to Tom Selleck's moustache (yes, really), hit the source links.

In this article: 802.11ac, ajitpai, FCC, mobilepostcross, spectrum, wifi
All products recommended by Engadget are selected by our editorial team, independent of our parent company. Some of our stories include affiliate links. If you buy something through one of these links, we may earn an affiliate commission.