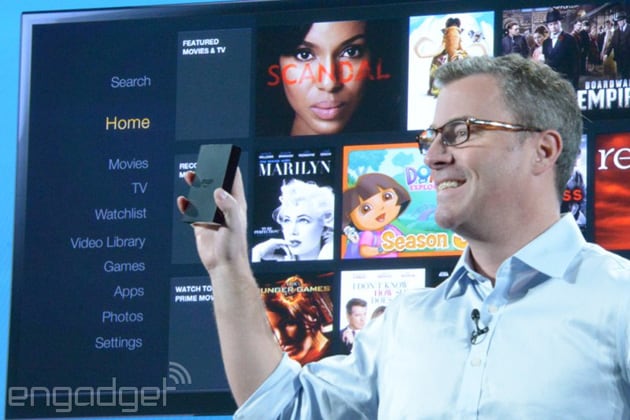 We've been waiting for it for quite some time, but now Amazon is finally ready to make its play for the living room. Fire TV is not a barebones device like the Chromecast; it's a powerful Android-driven platform with ties to the broader Amazon ecosystem. Inside the slim black plastic box is a quad-core CPU with a full 2GB of RAM -- that makes it more akin to a high-end smartphone than your typical streaming device. And it's incredibly slim, shorter than a dime, with barely enough clearance for the small selection of ports around back, which includes the standard HDMI, as well as optical audio and Ethernet.

The interface is incredibly image-heavy. Browsing through the Amazon video store is basically just scrolling through an endless barrage of movie posters presented in a moving 3D bar. And, at least during the demo, the hardware churned through the slick UI with nary a hiccup in sight. But far more impressive was how quick videos were to load. Pressing play on almost any video instantaneously launched the movie or show. And we mean instantaneously. There was no pause, lag or loading screen -- it's impressive to say the least. 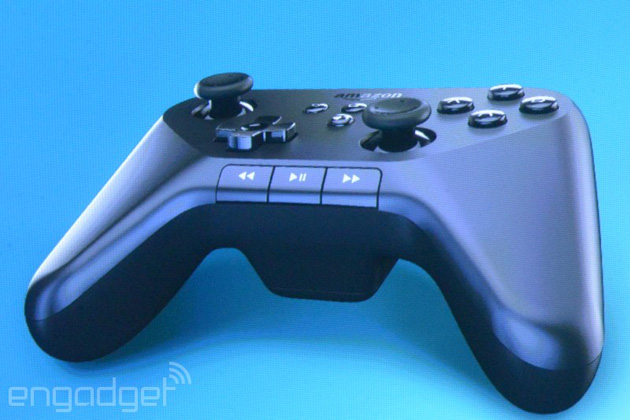 In this article: amazon, amazonvideo2014, breaking news, FireTV, hdpostcross, streaming, WR26UR
All products recommended by Engadget are selected by our editorial team, independent of our parent company. Some of our stories include affiliate links. If you buy something through one of these links, we may earn an affiliate commission.