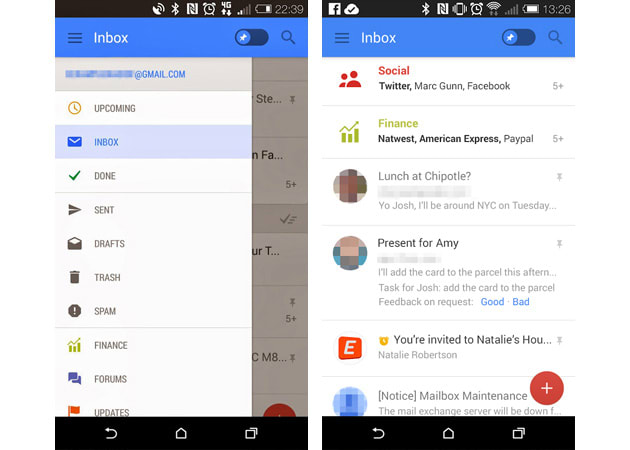 As useful as the mobile Gmail client can be, it hasn't always stacked up well against third-party apps with special tricks up their sleeves. If features that Geek.com spotted in a test version of Gmail for Android make the cut, though, you may have more reasons to stick with Google's official app. The experimental software lets you snooze messages until you're ready to deal with them -- if you'd rather not look at a bill until the day it's due, you can. Alternately, you can pin email to make sure an important conversation stays on top. Finance, Purchases and Travel tabs have also slipped into the interface alongside more familiar sections. There's no guarantee that any of the new features will survive the testing process, but at least some of them should be useful enough to reach a publicly available version of Gmail.

Source: Geek.com
In this article: android, app, email, gmail, google, internet, messaging, mobilepostcross, test
All products recommended by Engadget are selected by our editorial team, independent of our parent company. Some of our stories include affiliate links. If you buy something through one of these links, we may earn an affiliate commission.