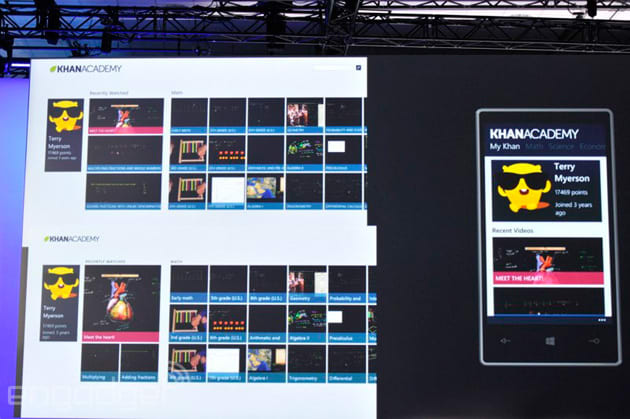 Many were expecting to see universal Windows apps in the Build 2014 keynote, and they have. However, Microsoft had a surprise in store -- you'll eventually see those universal apps running on the Xbox One, too. Developers will get to write apps for Windows and Windows Phone that translate to a TV screen with relatively little effort. The company hasn't said exactly when you'll see these multi-platform apps pop up on your game console, but we're hoping they appear sooner rather than later.

In this article: build2014, console, gaming, microsoft, software, windows, xbox, xboxone
All products recommended by Engadget are selected by our editorial team, independent of our parent company. Some of our stories include affiliate links. If you buy something through one of these links, we may earn an affiliate commission.