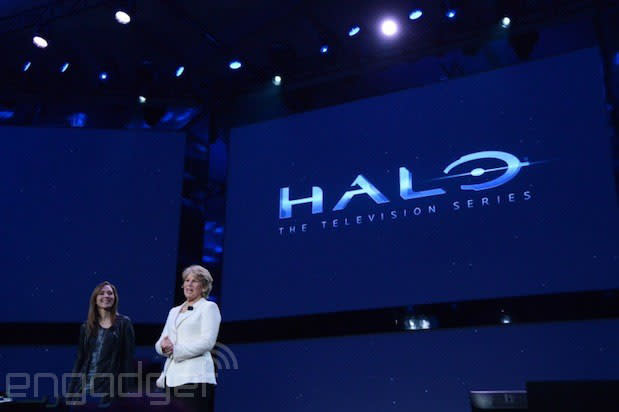 Though Microsoft has yet to produce any original TV programming, it has Netflix-like ambitions, according to a report from Bloomberg. Xbox's TV studio, headed by ex-CBS exec Nancy Tellem, now has at least six series in production and three in development. Those include a sketch show from JASH (founded by Sarah Silverman, Michael Sera and others), a Seth Green stop-animation series and Humans, based on a creepy Swedish thriller about replicant-like robots. Those go along with the previously announced Halo TV series produced by Steven Spielberg, a Halo "digital feature," soccer reality show Every Street United, and an Atari documentary. Xbox's new chief Phil Spencer said all shows will be selected to help draw users to the Xbox platform, and won't be approved unless there's a gaming or interactive angle. There are also a number of others under consideration, so hopefully the budget can stretch to a series with giant brawling robots.

Update: Microsoft has told us that the JASH sketch comedy show and Seth Green stop-animation projects are under under development, not in production. The post has been updated to reflect that. Check after the break for a complete list of announced projects.

In this article: Halo, hdpostcross, Human, microsoft, programming, xbox, XboxLive, xboxTVstudio
All products recommended by Engadget are selected by our editorial team, independent of our parent company. Some of our stories include affiliate links. If you buy something through one of these links, we may earn an affiliate commission.