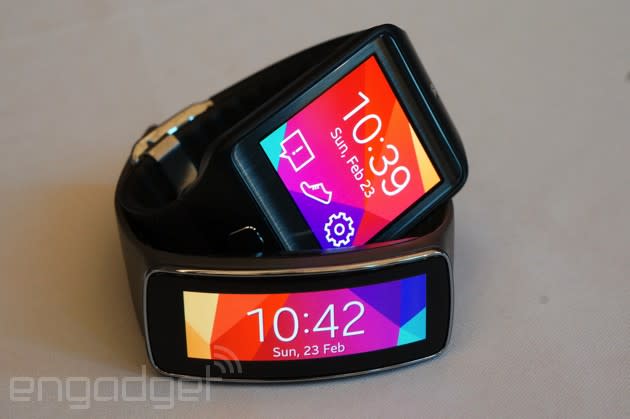 Thought Will.i.am's dubious wearable was the only SIM-toting smartwatch in production? Samsung's apparently building one too. According to the Korea Herald, the company's fourth Gear smartwatch will feature an embedded SIM -- meaning it will be able to make and receive phone calls without syncing to a fully fledged smartphone. The Korean Intellectual Property Office told the paper that the device will be monikered the Samsung Gear Solo, appropriately alluding to its independence. The Herald says the device will be coming to SK Telecom initially, but could land in international markets later on. Samsung refused to comment on the report, stating that it didn't want to contribute to "rumors or speculation." Either way, it's still probably more real than Will.i.am's beat-dropping wristwatch.

In this article: gear, gearsolo, samsung, smartwatch
All products recommended by Engadget are selected by our editorial team, independent of our parent company. Some of our stories include affiliate links. If you buy something through one of these links, we may earn an affiliate commission.