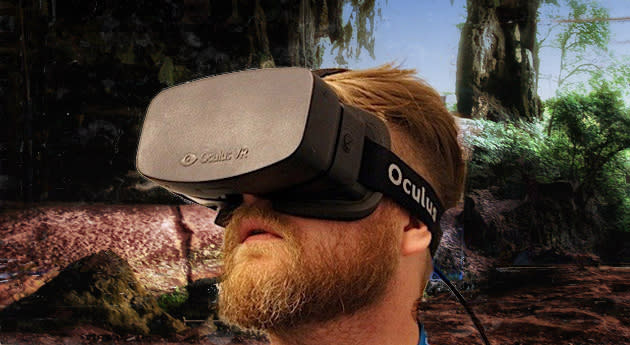 Ever want to get immersed in a wildlife documentary? Like, really immersed? You're going to get your chance soon. Atlantic Productions has revealed to Realscreen that its upcoming Sir David Attenborough project, Conquest of the Skies, is destined for Oculus Rift virtual reality headsets. The studio is shooting all of its footage using an eight-camera rig that will give VR viewers a chance to catch the action from every possible angle.

Just when we'll get to watch the VR edition is up in the air. However, Atlantic commercial director John Morris is eager to get Conquest out the door. He sees VR video as a lot of creative potential -- the same as at the dawn of the film era, in fact. There's also a potentially huge audience of "millions." Given that Facebook just threw the market wide open with its acquisition of Oculus VR, he might be on to something.

Update: Atlantic has dialed back expectations a bit. It's using the Oculus Rift and is looking at using it for two to three projects, but it's currently focused on computer-generated graphics. Any immersive video will likely require crowdfunding to get started -- the production house suspects that 360-degree recording could be rather expensive.

In this article: conquestoftheskies, display, documentary, facebook, hdpostcross, oculusrift, SirDavidAttenborough, sky, Sky3d, virtualreality, vr, wearable, wildlife
All products recommended by Engadget are selected by our editorial team, independent of our parent company. Some of our stories include affiliate links. If you buy something through one of these links, we may earn an affiliate commission.