Toyota will test risky self-driving scenarios at a Michigan track

Laptop destroyed over Snowden leaks is now an art exhibit

UK spies collected journalists' email as part of a test 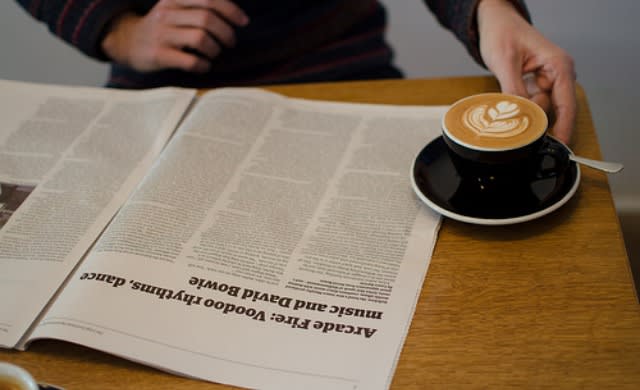 In a world where publications are trying to compete with the fast online world and viral news sites packed with automated content, it's not surprising a newspaper would try to adopt an inexpensive human-free model. This isn't even the first time The Guardian has replaced people with our digital overlords. It's already putting out a weekly print edition in London called "Good Long Read" using the same algorithm. The paper's layout designer is also a robot, which means it can be created even faster. Newspaper Club, that handles the design and printing, says it's very close to process where one person can create a paper in under an hour. Whether it's a paper full of stories we want to read is another question entirely.

Via: Venture Beat
Source: Newspaper Club
In this article: Guardian, news, newspaper
All products recommended by Engadget are selected by our editorial team, independent of our parent company. Some of our stories include affiliate links. If you buy something through one of these links, we may earn an affiliate commission.