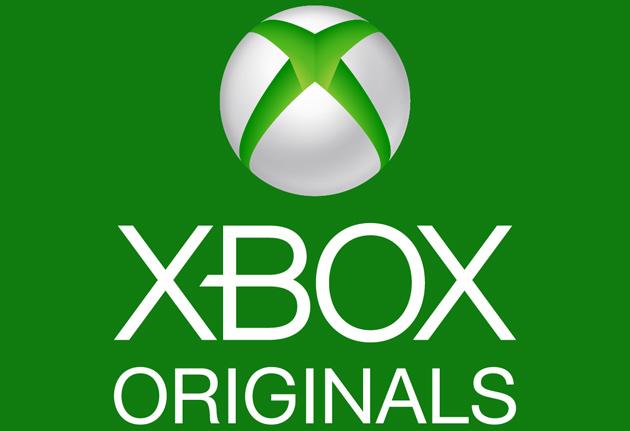 There's a lot to know about Microsoft's push into original programming with Xbox Entertainment Studios. Why now? Why carry Xbox branding? Will XES content only run in certain regions? Is it free to all Xbox Live members, or only Xbox Live Gold? Will XES content also head to other digital video services, like Netflix, Hulu, Amazon Instant and elsewhere? What about other Microsoft platforms, like Windows Phone and Windows 8? How will interactivity with the content work?

Much of that information is still up in the air, according to XES president Nancy Tellem (former president of CBS Television Studios, among other accolades) and executive producer Jordan Levin. The duo walked us through Xbox Entertainment Studios' first projects last week, and left us with more questions than answers.

Here's the high level: There are at least 12 projects in the works, and Microsoft's only "committed" to half (full list below the break). That means that six are paid for and in production, while the other six are in various stages of creation and may never make it to our eyeballs. The first, a multi-camera, multi-stage, interactive version of Bonnaroo, premieres this June. The six committed projects include announced works, like Steven Spielberg's Halo project and the E.T. documentary, as well as new stuff like a Ridley Scott-produced Halo "digital feature" (due later this year, alongside the launch of a still-unannounced Halo game we're betting) and a co-production with the UK's Channel 4 of Humans (an adaptation of Swedish show Real Humans). There's also Every Street United, a documentary TV series about street soccer (aimed at South American and European Xbox owners), and the aforementioned Bonnaroo experience.

But where will you watch these shows? For now, the only option is on an Xbox 360 or Xbox One, but support for other Microsoft platforms is in the works. How about competing services, like Amazon Instant Video or Netflix? Never say never, but there aren't any plans to distribute XES content outside of Microsoft platforms just yet (either individually or in an XES app of some sort). Both Tellem and Levin repeatedly spoke to the 84 million-strong worldwide Xbox userbase (the collective number of Xbox 360s and Ones sold), though they recognized that only about half of that group pays for Xbox Live Gold membership.

It's still unclear which content will be free to all Xbox owners versus what's locked behind the Xbox Live Gold paywall. The only certainty right now is that all Xbox Live Gold members will get all Xbox Entertainment Studios content for free (er, included in the $60 annual membership). Tellem said that the content is being aimed at "millennials" (18- to 35-year-olds) especially the male portion of that group. That's reflected in the selection of projects: two Halo-based shows, sports and sci-fi. There was also a smattering of game universes mentioned: Halo, Fable, Gears of War, State of Decay, Age of Empires and Forza Motorsport. The project list diversifies somewhat when looking beyond the six committed works.

Optioned or Given a Pilot:

As for interactivity, it varies dramatically from project to project. In the case of Bonnaroo, users can jump between stages, different camera views and even head backstage to participate in a Q&A with the musicians performing at the show. Tellem said that interactivity isn't her priority with XES content, but that it's actually entertaining. Functionality will also vary depending on the system you're using -- as every Xbox One comes with Kinect, there are opportunities there that may not exist on the aging Xbox 360.

It's early days for Xbox Entertainment Studios, as you can tell by the previous 900 words explaining how little about the group and its projects is set in stone. Microsoft certainly has the resources and leadership pedigree to make XES a serious contender with the likes of Amazon and Netflix, but whether it has the execution and content to contend remains to be seen.

In this article: halo, hdpostcross, jordanlevin, microsoft, nancytellem, ridleyscott, xbox, xbox360, xboxentertainmentstudios, xboxlive, xboxone
All products recommended by Engadget are selected by our editorial team, independent of our parent company. Some of our stories include affiliate links. If you buy something through one of these links, we may earn an affiliate commission.