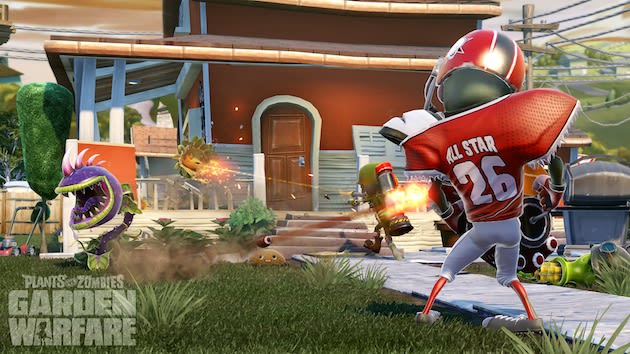 Despite our long wait for a next-gen Sega Channel, the rise of gaming on new platforms and recent push of cloud gaming services, our cable and satellite TV boxes mostly stick to just video. That could change soon, according to a report by Reuters that Comcast and EA are close to a deal (as Re/code points out, Multichannel News revealed an "Xfinity Games powered by Origin" test late last year). According to the paper, that could put games like FIFA, Madden, Monopoly and Plants vs. Zombies on sale via the new X1 platform Comcast is rolling out across the country. Probably not coincidentally, this post-Cable Show rumor also arrives just as Comcast is pushing to get its merger with Time Warner Cable approved. This would put the company's boxes in competition with Xbox and PlayStation (which has its own cloud gaming service in testing), gaming-ready set-top boxes from Amazon and Roku, and even rumored setups from the likes of Google and Apple.

Microsoft has been all about overtaking TV input one with its Xbox One console, but Comcast (or other TV providers) could also put gaming a click away from TV with a solution like this. So far a limited feature rollout by the cable company has brought streaming music from Pandora and movies customers can purchase instead of just renting, but that doesn't necessarily mean its ready to play in the gaming arena. The rumor suggests tablet control, so unless we hear something about gamepads like the ones the Fire TV has, this might not cut it for serious gamers. Of course, until a deal is inked and there's any kind of release date suggested, these are no more concrete than similar rumors that circulated in late 2012, but at least we can take a trip back to the 90s in the video below.

Source: Reuters
Coverage: Joystiq, Multichannel News
In this article: cable, cloud gaming, comcast, ea, hdpostcross, streaming, x1
All products recommended by Engadget are selected by our editorial team, independent of our parent company. Some of our stories include affiliate links. If you buy something through one of these links, we may earn an affiliate commission.