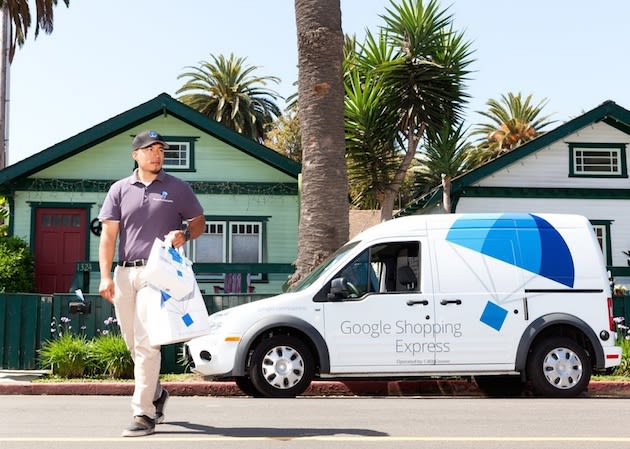 Just over a year after it started offering same-day deliveries to San Franciscans, Google's Shopping Express has finally made its way out of California. The service, which offers expedited shipping from major stores like Target, Staples and Walgreens, but also local businesses, has expanded to parts of New York and Los Angeles. Residents living in Manhattan can now call upon Google to deliver groceries, gadgets and office supplies in super-fast time. Shoppers in Culver City, Inglewood, Marina Del Rey, Santa Monica, Venice, West Los Angeles and Westwood are now also eligible, extending the search giant's California footprint in the process. To kickstart its expansion, Google is throwing in six months of unlimited free deliveries and says it'll add other parts of Los Angeles in the coming months, undoubtedly giving Amazon and other brick-and-mortar stores something to think about.

Via: The Verge
Source: Google Commerce Blog
In this article: google, la, los angeles, new york, same-day- delivery, shopping express
All products recommended by Engadget are selected by our editorial team, independent of our parent company. Some of our stories include affiliate links. If you buy something through one of these links, we may earn an affiliate commission.