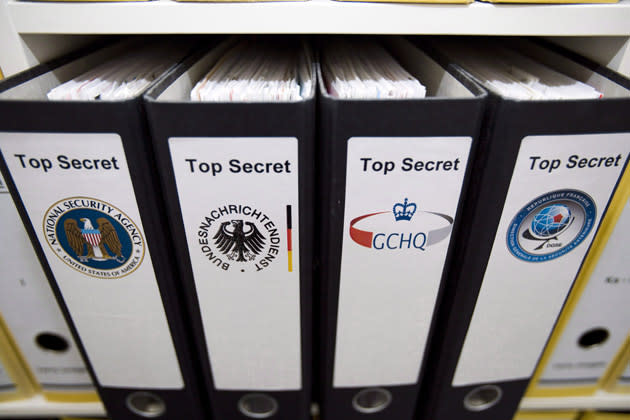 Scroll to the bottom of Glenn Greenwald's blistering response to recent remarks by just-retired NSA chief Keith Alexander, and you'll find some very interesting news indeed. Greenwald, who shared the Pulitzer Prize for his coverage of Edward Snowden's NSA surveillance revelations, says he plans to publish previously unpublished NSA documents online next Tuesday, May 13th, with free access. The timing, it should be known, is not a coincidence: Greenwald's book, No Place to Hide, comes out that day. In fact, the documents that going online next week are ones he mentions in the book, but which weren't previously reported in the press. So, if you were expecting the entire trove to go public (and even Snowden has advised against that), you might still be disappointed. But if you've been following this Edward Snowden-NSA-Big Brother saga closely and have an appetite for even more revelations, you'll want to mark your calendars (and pre-order Greenwald's book, if we're correctly reading between the lines).

In this article: edwardsnowden, glenngreenwald, nsa
All products recommended by Engadget are selected by our editorial team, independent of our parent company. Some of our stories include affiliate links. If you buy something through one of these links, we may earn an affiliate commission.